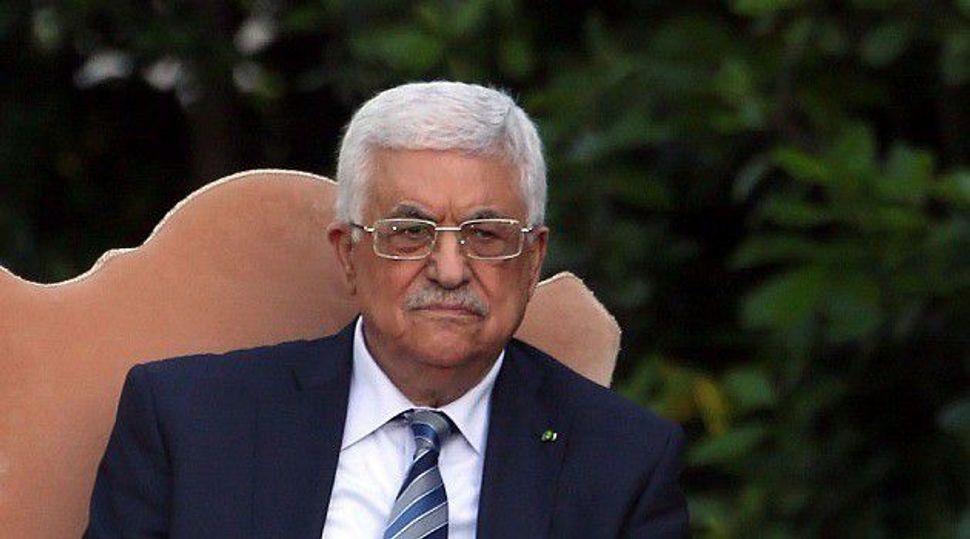 The Palestinians will ask the United Nations Security Council to set a deadline of November 2016 for an Israeli withdrawal from the West Bank and eastern Jerusalem.

The request is part of a draft resolution that has been circulated to members of the Security Council, The Associated Press reported Wednesday. AP obtained a copy of the draft.

Palestinian Authority President Mahmoud Abbas said during his address to the U.N. General Assembly last week that he would ask the council to set a deadline for an Israeli withdrawal from territory captured by Israel in 1967.

The resolution calls for a two-state solution based on the pre-1967 borders. It also seeks “a just resolution” of the status of Jerusalem as the capital of two states and of the Palestinian refugee problem, including through negotiations, AP reported.

Abbas told a meeting of the Palestinian leadership in Ramallah on Wednesday evening that the resolution was submitted last Friday, the day he addressed the General Assembly, according to AP.