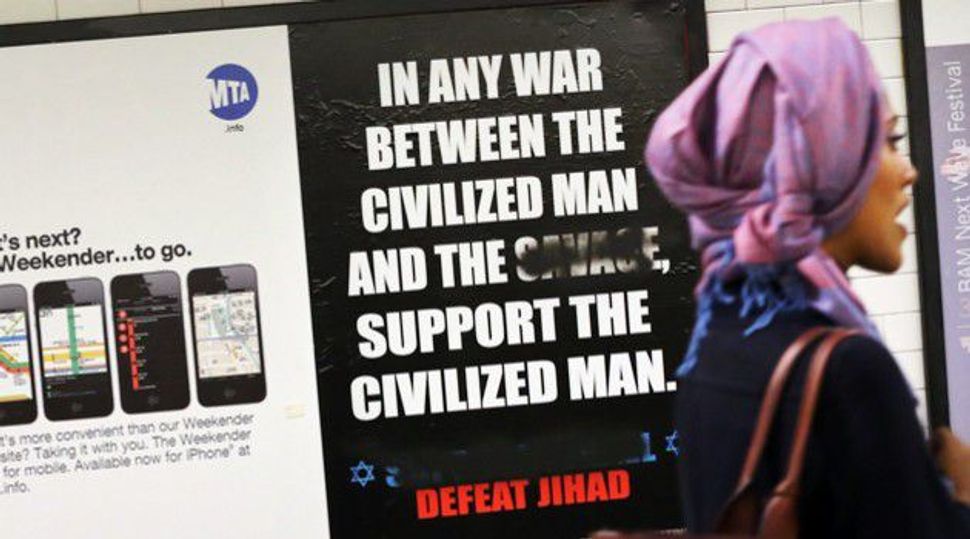 The American Freedom Defense Initiative, which is headed by blogger Pam Geller and is known for its aggressive critiques of Islam, sought to post an ad that included the quote “Killing Jews is Worship that draws us close to Allah.” Geller says the quote is from Hamas-affiliated TV and exposes the organization’s true agenda.

The lawsuit was filed Wednesday in a federal court in Manhattan, the Associated Press reported.

The MTA had said that the ad could be seen as a call to violence against Jews and violated its “viewpoint-neutral” advertising standards.

The group alleges that its free speech and due process rights were violated and notes that the ad has run in other cities without inciting violence.

Geller and her group have drawn much attention for their controversial ads. In a rare backdown recently, the group complied with a request from the family of journalist James Foley to remove from an ad an image from the video depicting his beheading in August.