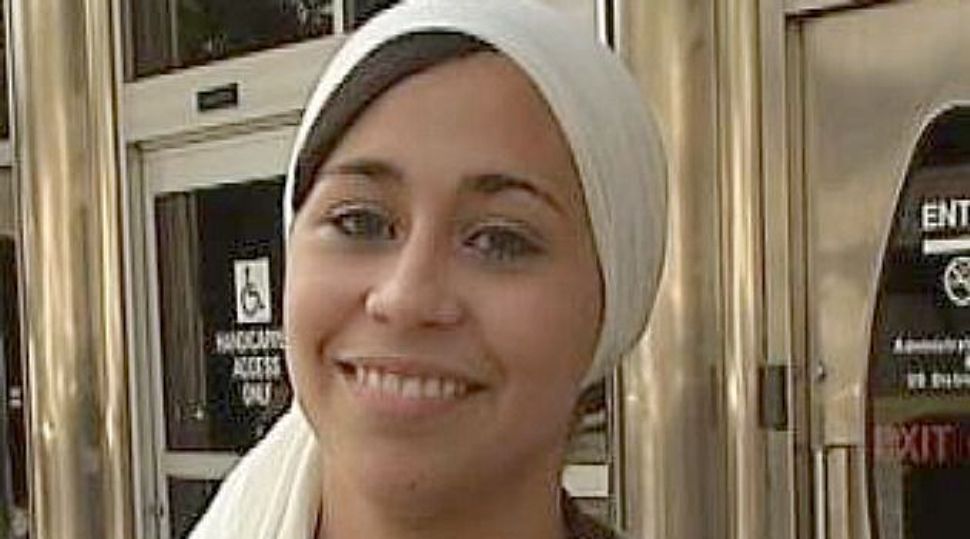 The federal Equal Opportunity Employment Commission brought suit against Abercrombie & Fitch on behalf of Samantha Elauf, a Muslim woman who was denied a job because she insisted on wearing a headscarf.

Two Jewish groups joined a friend of the court brief on behalf of a Muslim woman whose right to wear a headscarf in a retail job is under consideration by the Supreme Court.

The court on Thursday agreed to hear the case, Politico reported.

The American Jewish Committee and the Commission on Social Action of Reform Judaism joined an amicus with Christian, Muslim and Sikh groups. The Anti-Defamation League and the Orthodox Union also are considering amicus briefs.

The federal Equal Opportunity Employment Commission brought the suit against Abercrombie & Fitch on behalf of Samantha Elauf, who had been recommended for hiring at an outlet in Tulsa, Okla. The outlet subsequently reversed its recommendation.

A lower court, the 10th Circuit Court of Appeals in Denver, ruled against Elauf, saying that she needed to give “explicit notice of the conflicting religious practice and the need for an accommodation for it, in order to have an actionable claim for denial of such an accommodation.”

That decision described Abercrombie & Fitch’s “Look Policy,” which, the court said, the retailer considers “critical to the health and vitality of its ‘preppy’ and ‘casual’ brand.”

Elauf contends that wearing the headscarf during her interview and communications with managers through a friend who worked at the store was sufficient.

The friend had checked with one manager who, citing the case of an employee who had worn a yarmulke, said there should not be a problem.

Elauf interviewed with another manager who was not certain of the policy and after consulting with her superiors dropped her initial recommendation to hire. Elauf did not explicitly raise her faith as an issue during the interview.

The religious groups argue in their brief that requiring an explicit notice of religious requirements is overly stringent.

“Hiring processes are often technologically structured in a way that precludes the employee from even raising the issue during the application process,” the brief argues.