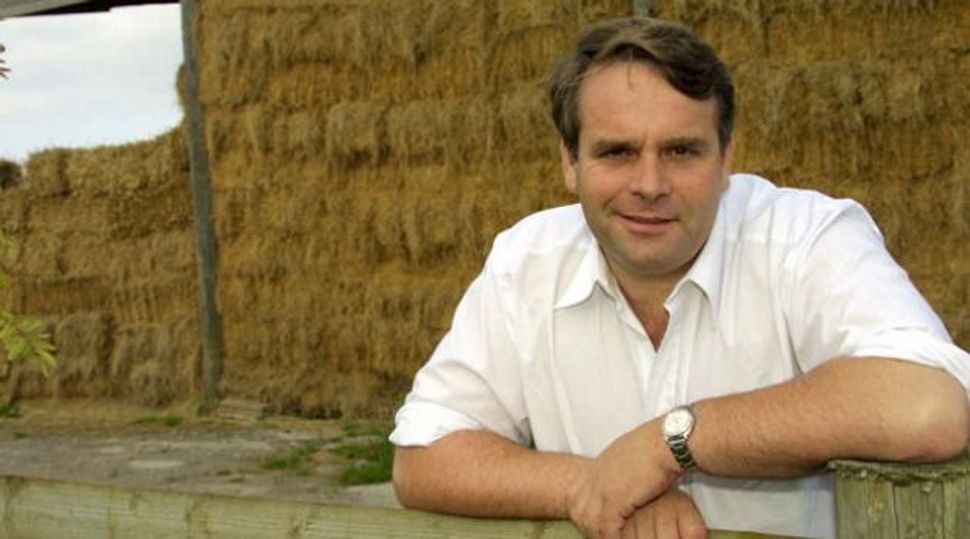 Schechita Debate: British lawmaker Neil Parish says a new study suggests animals that are stunned can still be slaughtered in a religiously correct manner. Kosher experts aren’t so sure. Image by wikipedia

A British lawmaker who advises the government on meat production said he hoped to prove to Jews and Muslims that slaughtering with the stunning method is ultimately compatible with their faiths.

Neil Parish, who heads the All-Party Parliamentary Group on Beef and Lamb, was quoted by the news site Jewishnews.co.uk on Thursday as saying: “If it can be scientifically established that stunning does not adversely affect blood loss then we reassure consumers of religiously slaughtered meat that stunning is compatible with their faith.”

Parish was commenting on a new report which suggested that meat from animals that were stunned before their necks were cut did not contain any more blood than the meat of animals that did not receive stunning prior to undergoing the same method of slaughter.

Religious laws in Judaism and Islam allow followers of those religions to eat the meat only of animals that were conscious when their necks were cut. In addition, Jewish religious law, or halacha, requires the removal of blood from the body of the animals prior to consumption and forbids the consumption of animals’ blood.

But Shimon Cohen, a spokesperson for the Shechita UK Jewish lobby group, dismissed Parish’s logic as flawed, saying resistance to stunning does not stem from the prohibition on the consumption of blood.

“The community has never contended that there is less blood in a carcass following shechita than following conventional mechanical slaughter,” Cohen told Jewishnews.co.uk, using the Hebrew word for ritual slaughter.“Shechita is not carried out to facilitate the fastest and most effective blood loss. It is practised because it is religiously mandated.”