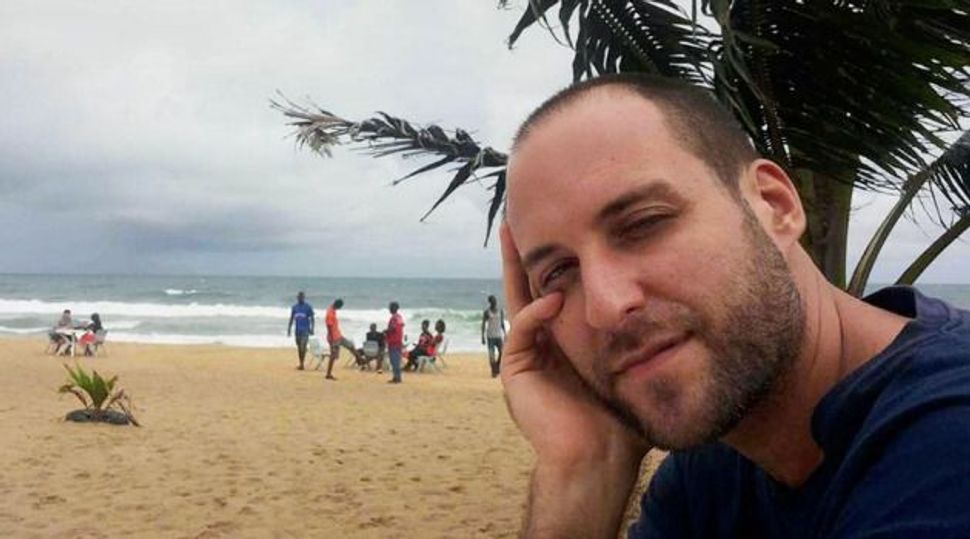 An Ebola-stricken NBC photographer with Jewish roots has arrived in the U.S. for treatment.

A private plane carrying Ashoka Mukpo, a freelance cameraman for who contracted Ebola in Liberia, landed in Omaha en route to the Nebraska Medical Center, NBC reported. The plane was met by an ambulance manned by worked in yellow protective suits, NBC video showed.

Mukpo was raised in Colorado by Tibetan Buddhist leader Chogyam Trungpa Rinpoche; his mother was one of his several wives. His biological father, Mitchell Levy, one of Trungpa’s followers, is Jewish, the Associated Press reported. Mukpo’s mother and Levy married after Trungpa’s death.

Mukpo was expected to arrive at the Nebraska Medical Center in Omaha on Monday.

As an infant, he was identified as a reincarnated Tibetan lama, a role he did not embrace though he is still a practicing Buddhist.

Mukpo has worked at Human Rights Watch and spent two years in Liberia working as a researcher for the non-profit Sustainable Development Institute, to help workers in mining camps outside Monrovia.

Mukpo, who visited Providence in May, returned to Liberia in August to cover the epidemic. Levy told the AP that his son was filming inside and around clinics and high-risk areas but didn’t know how he got infected.