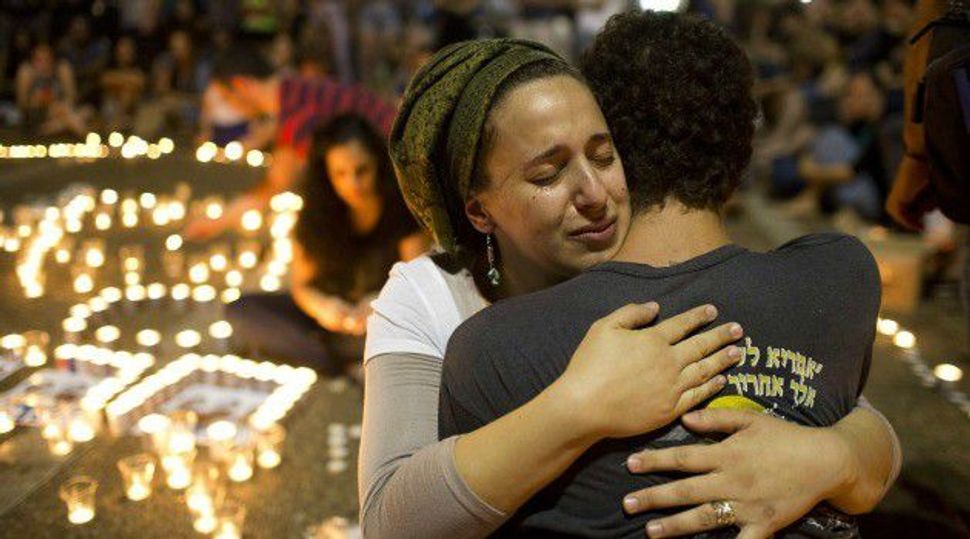 Anguished Nation: Israelis mourn and light candles in Rabin Square in Tel Aviv after the announcement that the bodies of three missing Israeli teenagers were found in 2014. Image by getty images

Iris and Uri Yifrach, Rachel and Avi Fraenkel, and Ophir and Bat-Galim Shaar joined the Tanach Study Circle, a tradition started by Israel’s first prime minister, David Ben-Gurion, and which was renewed by Prime Minister Netanyahu two years ago.

The study focused on the upcoming weekly Torah portion of Bereishit, the opening chapters of the Bible.

Netanyahu said at the beginning of the meeting: “We are preparing to celebrate Simchat Torah when we will conclude reading the Torah and begin it again. The cyclical nature of reading the Torah and starting it again from Genesis also symbolizes the renewal of our people in our land. Despite all attempts to destroy us, each time we build ourselves up again, deeply linked to also growing the tree called the Jewish People, with our deep roots and branches that reach ever higher.”