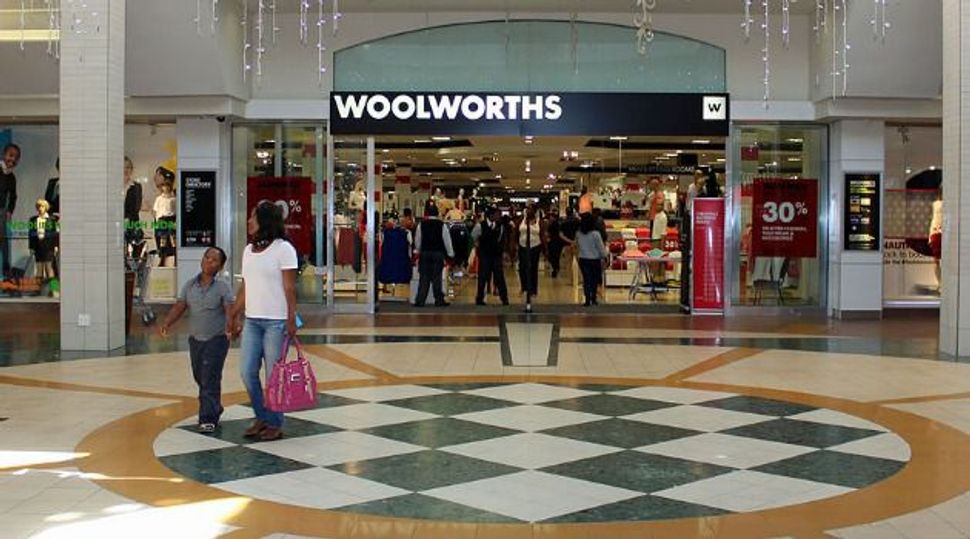 Woolworths of South Africa said it may take the BDS lobby to court for threatening its staff and customers.

The Boycott, Divestment and Sanctions movement has held more than 40 protests at Woolworths stores throughout the country in recent weeks.

“Our employees, of all faiths and cultures, are telling us that they are feeling increasingly threatened by the protests,” spokesman Babs Dlamini told the South African daily The Times on Sunday. “What’s more, the families of our employees have reported being abused and sworn at by BDS. “If this continues we will consider taking further precautions, including legal action against the individuals involved.”

It is not known if the protests have hurt Woolworths sales.

BDS reportedly plans to continue to pressure the company, Woolworths Holdings Limited, until its annual general meeting on Nov. 26.

Dlamini told the Times that Woolworths was not sure why it was being targeted because “more than 95 percent of our food is sourced locally [and] the government continues to authorize trade with Israel.”

BDS activist Mohammed Desai told the Times that the movement knows there are other companies in South Africa with ties to Israel, but said: “For now, Woolworths is our target. They are making a grave mistake by ignoring us and if we go to all those retailers our campaign will be diluted.”

In South Africa, BDS has received support from the African National Congress’ Youth League, and the Times reported that the movement has lobbied influential ANC supporters to put pressure on one of Woolworths’ largest shareholders, the Government Employees Pension Fund, which holds 17.2 percent of the shares.

Woolworths, one of the largest companies in South Africa, is not related to the U.S. chain F. W. Woolworth Company.