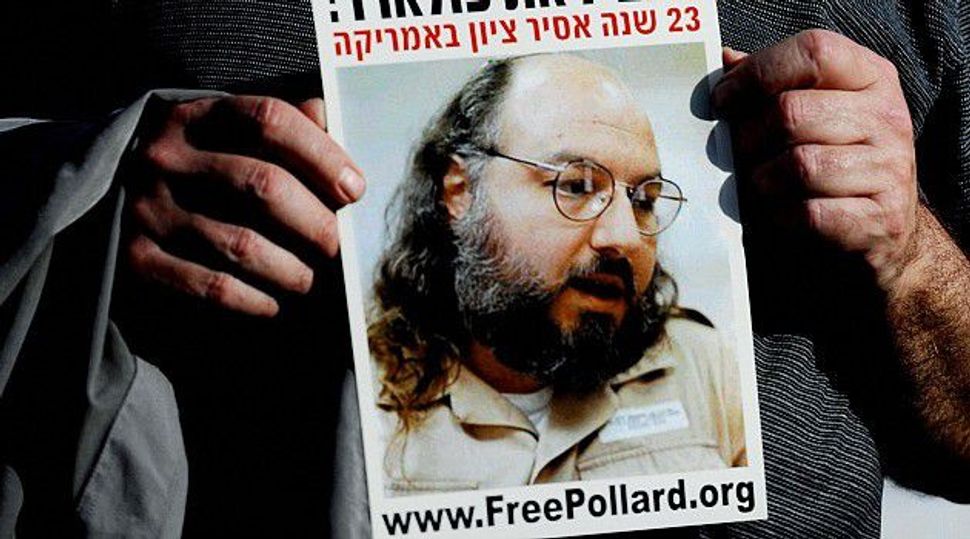 The U.S. Bureau of Prisons changed Jonathan Pollard’s release date on its website from “Nov. 15 2015” to “Life.”

A spokesman for the Bureau of Prisons was unable Monday to explain the change on the bureau’s “inmate locator,” which he confirmed occurred recently.

Under sentencing guidelines in place in 1987 when Pollard, a former U.S. Navy analyst, got his life sentence for spying for Israel, he is eligible for automatic parole consideration on Nov. 21 of next year, but that does not guarantee a release, said Ed Ross, the spokesman.

“There has been no status change,” Ross said, describing the change as “administrative.”

Pollard’s wife, Esther, told the Jerusalem Post she was gratified at the change, saying the earlier status lent credence to the erroneous argument that he was likely to be released next year, and undercut efforts to get President Obama to commute Pollard’s sentence.