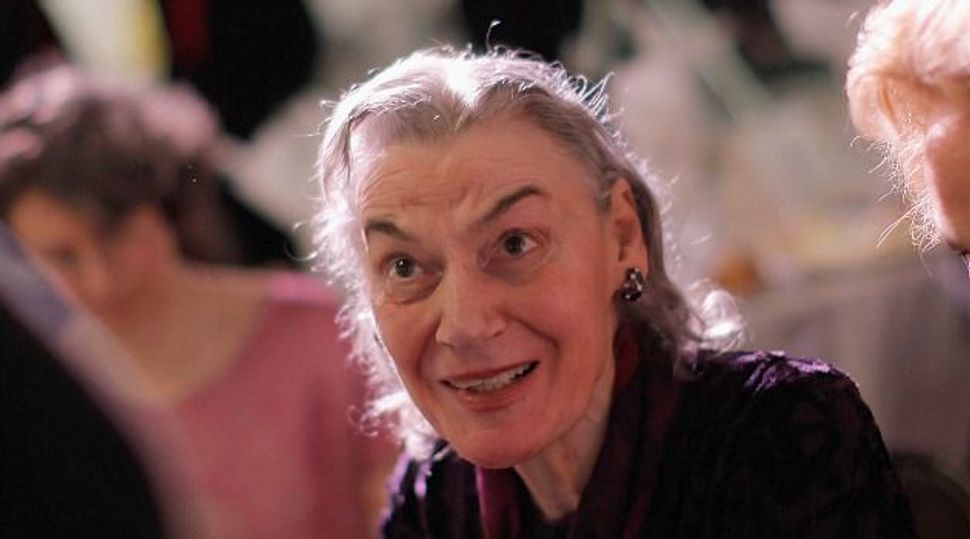 Tony-winning actress Marian Seldes, regarded as one of the great ladies of the American stage and famed for never missing a single performance during an entire four-year Broadway run of “Deathtrap,” died her Manhattan home on Monday at age 86.

Her death, which followed a prolonged illness, was announced by her brother, Timothy Seldes, in a statement issued through a longtime publicist, Sam Rudy.

In a career spanning six decades, Seldes performed in film, television and radio but was most celebrated for her theater work, making her Broadway debut in 1948 in the Robinson Jeffers adaptation of “Medea,” directed by John Gielgud and starring Judith Anderson in the title role.

Seldes earned five Tony nominations, winning the award her first time out in 1967 for her supporting role in “A Delicate Balance” by the playwright Edward Albee, with whom she had a long association. She also appeared in productions of Albee’s “The Play About the Baby,” “Tiny Alice,” “Counting the Ways” and “Three Tall Women.”

She received a Tony Lifetime Achievement Award in 2010 honoring her contribution to the theater. Taking the stage to accept the accolade, she famously placed her hand over her heart, gazed out at the audience of stage luminaries and exited without uttering a word.

She later explained, “They said to keep it short, so I decided I would just say nothing.”

Seldes’ influence on American theater and the world of entertainment at large extended to her work as a renowned acting teacher at the Juilliard School, and later as an adjunct professor at Fordham University.

Born and raised in Manhattan, Seldes secured a place in the Guinness World Records book, and in Broadway lore, for appearing in Ira Levin’s “Deathtrap” from 1978 until late 1982 without missing a single show.

The comedy-thriller play within a play also earned Seldes a Tony nomination in 1978, her third, following a nod for “Father’s Day.”

Other notable stage acting credits include “Equus,” “Painting Churches,” “the Chalk Garden,” and Tony-nominated turns in “Ring Around the Moon” and a revival of “Dinner at Eight.”

Her final appearance on Broadway was in the 2007 in Terrence McNally’s “Deuce.”

Seldes also boasted roughly 20 feature film credits, mostly smaller roles in the latter part of her career, and numerous guest television appearances on shows ranging from “Gunsmoke” and “Perry Mason” to “Murphy Brown,” “Sex and the City” and “Frasier.”