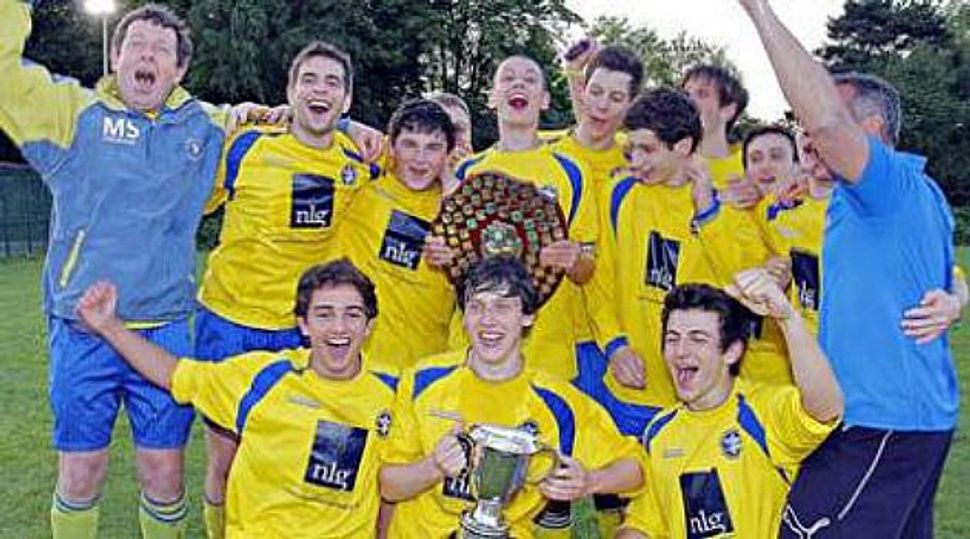 The coach of a Jewish youth soccer team in England took his players off the field after claiming they had been bombarded with “anti-Semitic abuse.”

Members of the Manchester Maccabi team said they had endured anti-Jewish taunts and jibes about Palestine in a game with the Curzon Ashton team on Sunday, the U.K.’s Mirror reported. With 10 minutes left in the game and his team losing 9-2, coach Anthony Dennison led the players off the field after an argument between two players drew in other players, coaches and spectators.

“We’re used to anti-Semitism, we play with the Star of David on our shirts, we wear the kippah, but in the past we’ve had managers apologize profusely and have a word with their players,” Dennison told the Manchester Evening News.

“On this occasion everyone was clapping and laughing at these racist insults and it was only one or two of their boys who seemed quite embarrassed and apologized to my players.”

The soccer league is waiting for each team and the referee to file official reports before deciding what, if any, action to take. The Curzon Ashton team has officially denied the claims.