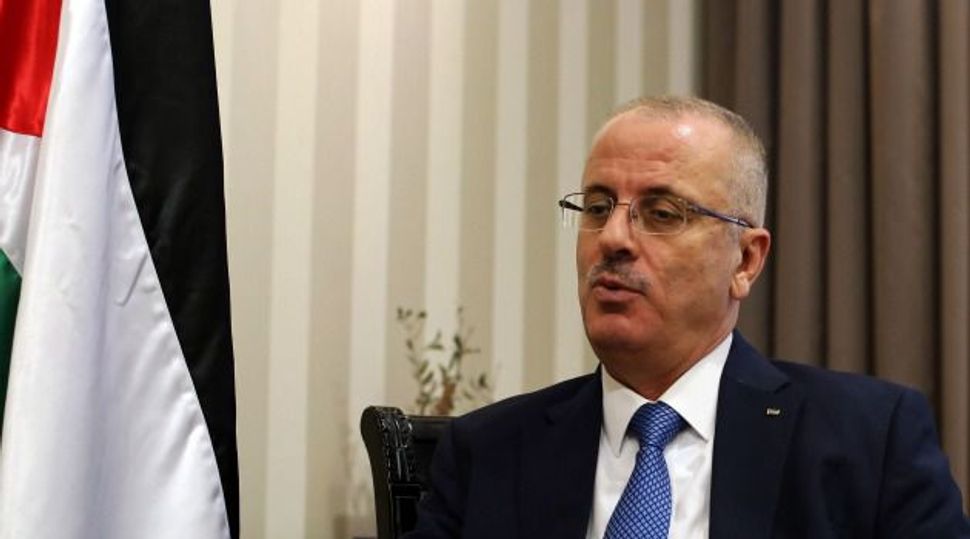 Palestinian technocrat prime minister Rami Hamdallah arrived in the Hamas-dominated Gaza Strip on Thursday to convene the first meeting of a unity government there since a brief civil war in 2007 between Hamas and forces loyal to the Fatah party.

Dozens of Fatah security personnel loyal to President Mahmoud Abbas and policemen of the Hamas-led interior ministry in the enclave were out in force to protect Hamdallah, who did a walk-past inspection of a police guard of honor.

He was due to visit neighborhoods destroyed in a 50-day war with Israel in July and August, and his presence may encourage donor countries to pledge funds to rebuild Gaza, which he has estimated will cost $4 billion over the next three years.

“I come to you representing President Mahmoud Abbas and, as head of the government of national consensus, to assume our responsibilities, see your needs and launch a comprehensive workshop to salvage Gaza and bring relief to our people here,” he said.

Palestinian parties agreed last month that the unity government would assume immediate authority over Gaza before an international aid conference set for Oct. 12 in Egypt’s capital, Cairo. The two sides agreed to form a joint cabinet in May.

Donors have for years been wary of giving aid as long as Hamas, blacklisted as a terrorist group by many Western countries, rules the blockaded coastal strip after it siezed the territory from Western-backed Fatah in the 2007 war.

Hamas sees itself as the legitimate representative of the Palestinian people after winning parliamentary polls last year, and says it is fighting a legitimate armed resistance against Israel.

Hamdallah last week appeared to have resolved a core sticking point between the two sides when he announced that Qatar would pay a large part of the wages owed to Hamas-hired employees in Gaza with United Nations help.

The precise mechanism of payment remained unclear however.

Hamdallah’s visit to Gaza may restore some hope among ordinary Palestinians, demoralized by conflict, eight years of political paralysis and dwindling hopes of a Palestinian nation.

“We have put years of division behind us and we have begun to consolidate reconciliation as a core step to lobby the international community and its influential powers to bear their responsibility towards rebuilding Gaza, which requires lifting the unjust (Israeli) blockade,” Hamdallah said.

Palestinian officials said this week that Israel may begin next week to lift curbs on the entrance of goods into Gaza after years of an economic blockade.

“For the first time I feel unity is possible, I hope what am seeing right now is real and that it will last and not be a dream,” said 26-year-old taxi driver Hani Ahmed, as he watched live television footage of Hamdallah’s arrival in Gaza at an electronics store in Gaza City