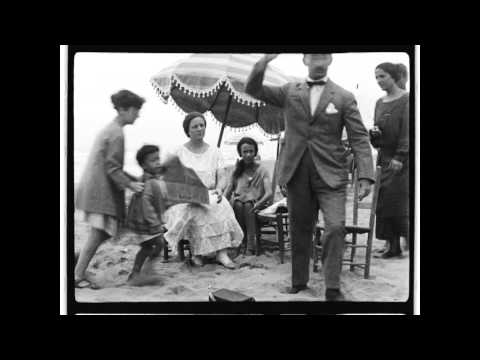 Brief film clips from 1923 made public this month are believed to be the earliest video images of Italian Jews and among the oldest home movies produced in Italy.

The nine minutes of film were screened in Rome Oct. 5 after being restored and digitized by Italy’s Central Institute for the Restoration and Conservation of Library and Archival Heritage.

Shot in 35 mm by industrialist Salvatore Di Segni, the clips show scenes from the life of two Jewish families — the Di Segnis and the Della Setas – and were brought to light by Italian TV journalist Claudio Della Seta.

The clips show the wedding of Della Seta’s grandparents, Silvio Della Seta and Iole Campagnano, in the central Italian city of Perugia on Oct. 14, 1923; as well as family outings that year to the beach at Anzio -where one man is seen wearing a suit and tie on the sand, and to the mountains, where they are shown cross-country skiing.

In the wedding video viewers can identify the parents of the groom, Samuele Della Seta and Giulia Di Segni, who, 20 years later almost to the day, on Oct. 16, 1943, were rounded up by the Nazis in Rome and deported to their deaths in Auschwitz.

The original negatives have been presented to the Milan-based Contemporary Jewish Documentation Center Foundation.