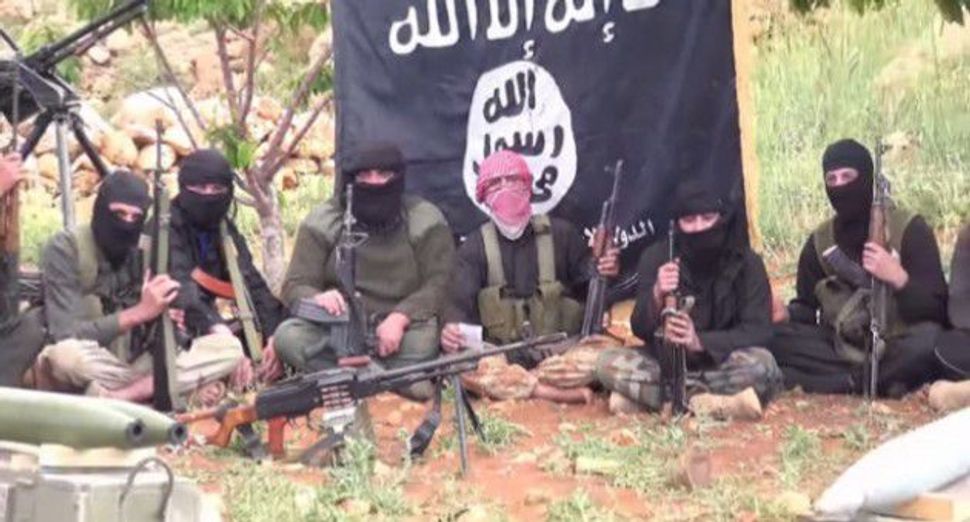 Bad Spot: A French Jewish girl is believed to have been among scores of young women who have joined Islamic State radicals as ‘wives’ of fighters.

Among the some 100 girls and young women who have left France in recent weeks to join the ISIS in Syria was a Jewish girl, the Daily Mail reported citing French intelligence.

The French security official, who spoke anonymously to the British newspaper, did not provide any other details on the Jewish girl, such as her name and age or why she wanted to join the radical fundamentalist militant group.

The group preaches hatred of Jews, Christians and non-Sunni Muslims and has embarked on a campaign of forced conversion and terror across the swaths of territory it controls.

ISIS fighters regularly enslave women and girls from other religions and sects when they take control over an area.

The decision of the girls to join ISIS and their actual departure come after months of recruitment, mostly on-line, targeting adolescents, according to the Daily Mail. The girls serve as wives, babysitters and housekeepers for jihadists.

Between 20 and 50 young girls have also come to Syria to join ISIS from Britain, according to the newspaper.