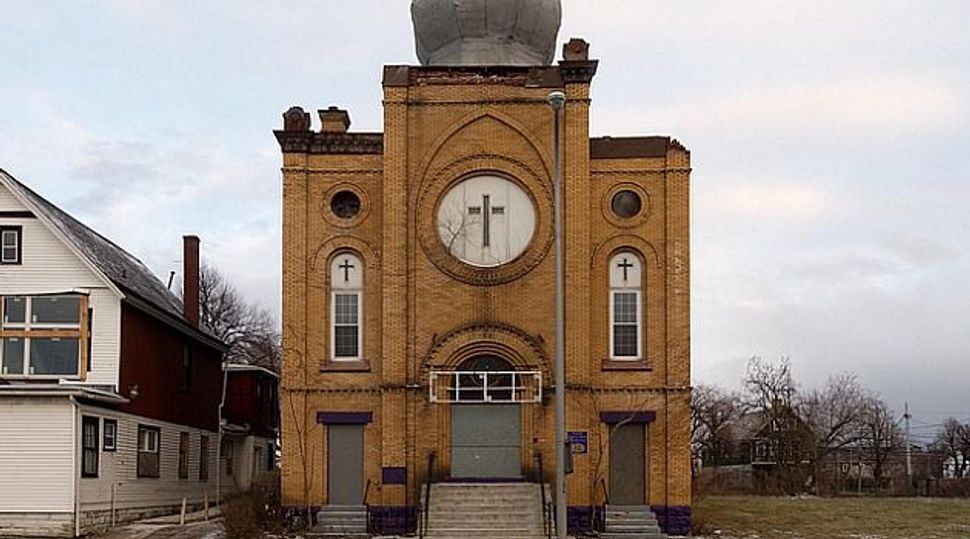 The oldest synagogue in Buffalo was demolished despite the efforts of two demonstrators, who chained themselves to a pillar in the building.

The Jefferson Avenue shul, once home to Congregation Ahavath Sholem, was demolished on Saturday after the demonstrators, identified as David Torke said he and Rabbi Drorah Setel, were peacefully removed from the building and detained by police, the Buffalo News reported.

The building posed a safety hazard, according to police, and was condemned. Preservationists said the building should have been listed as a historical landmark.

The demolition crew at first did not realize that there were people in the building. Eight other demonstrators remained outside of the building.