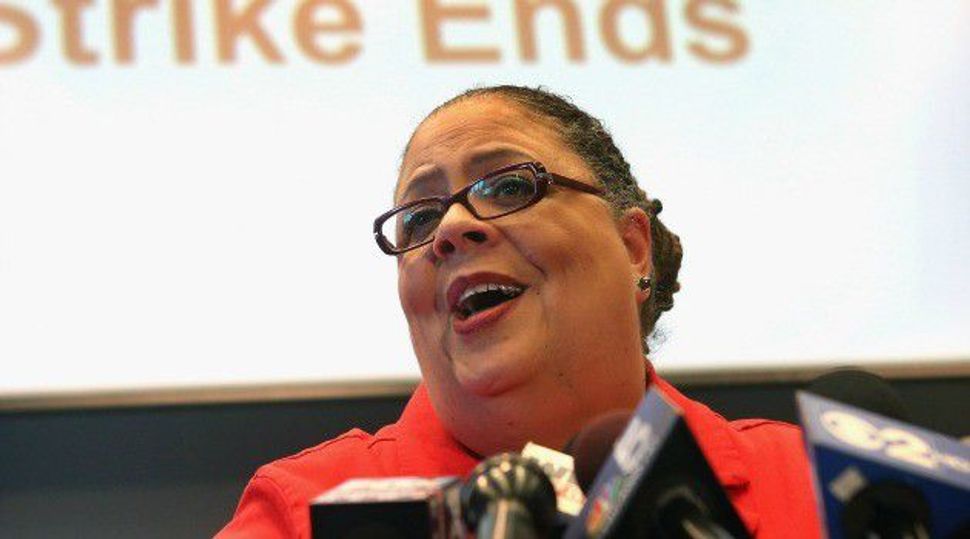 Chicago Teachers Union President Karen Lewis, who had surgery last week for a serious illness, will not run against Mayor Rahm Emanuel in city elections next year, her exploratory committee said on Monday.

“Karen Lewis has decided to not pursue a mayoral bid,” the committee said in a statement. “Yet she charges us to continue fighting for strong schools, safe neighborhoods, and good jobs in every community.”

Lewis, 61, had surgery on Wednesday for a “serious illness,” the union said. It did not disclose the nature of her illness or the surgery performed on Lewis, who has been president of the union since 2010.

The African-American labor leader had been raising funds and testing the waters for a possible challenge to Emanuel who has seen his support among black voters decline in the three years he has been mayor.

A Chicago Tribune poll in August gave Lewis 43 percent support to Emanuel’s 39 percent in a hypothetical head-to-head match-up for the February election.

Lewis rose to prominence in 2012 when she led the city’s first teachers’ strike in 25 years and has criticized Emanuel for closing 50 schools in the country’s third most populous city, many in heavily black neighborhoods.

Emanuel said in a statement that he would keep Lewis in his thoughts and prayers.

“I have always respected and admired Karen’s willingness to step up and be part of the conversation about our city’s future, but nothing is more important than a person’s health,” he said.