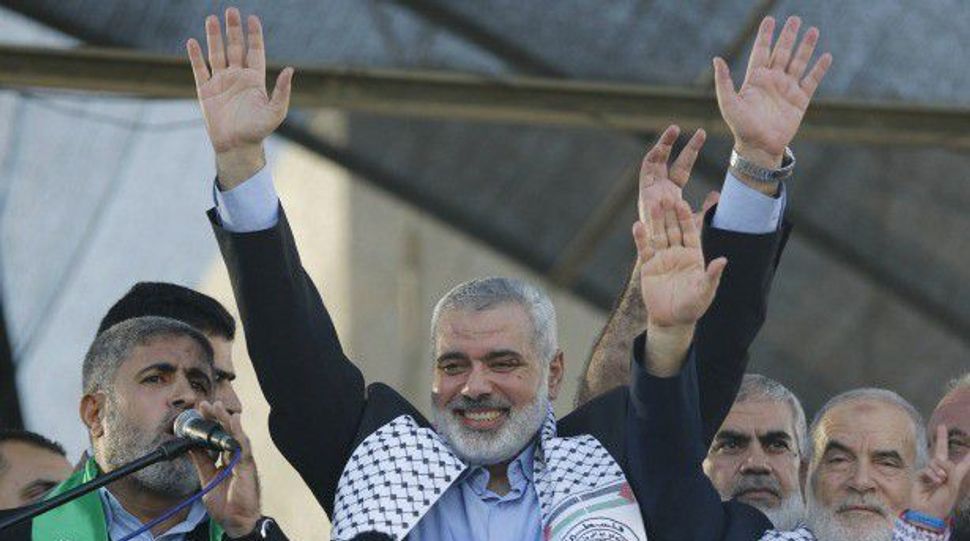 A daughter of Gazan Hamas leader Ismail Haniyeh was treated this month at a Tel Aviv hospital, according to reports.

Haniyeh’s daughter received emergency treatment at Ichilov Hospital, the hospital confirmed, according to Haaretz. She remained hospitalized in Israel for about a week.

The hospital did not name the daughter — Haniyeh has 13 children — and did not disclose her ailment.

Palestinian officials would not confirm the hospital stay to Israeli media.

Ichilov Hospital said it treats more than 1,000 patients each year from the Gaza Strip and Palestinian Authority.

Haniyeh’s mother-in-law and year-old granddaughter both were cared for in Israeli hospitals this year. Israeli doctors were not able to help the granddaughter, Amal — she had an infection of her digestive tract that affected her nervous system and damaged her brain — and died after being returned to her family in Gaza.