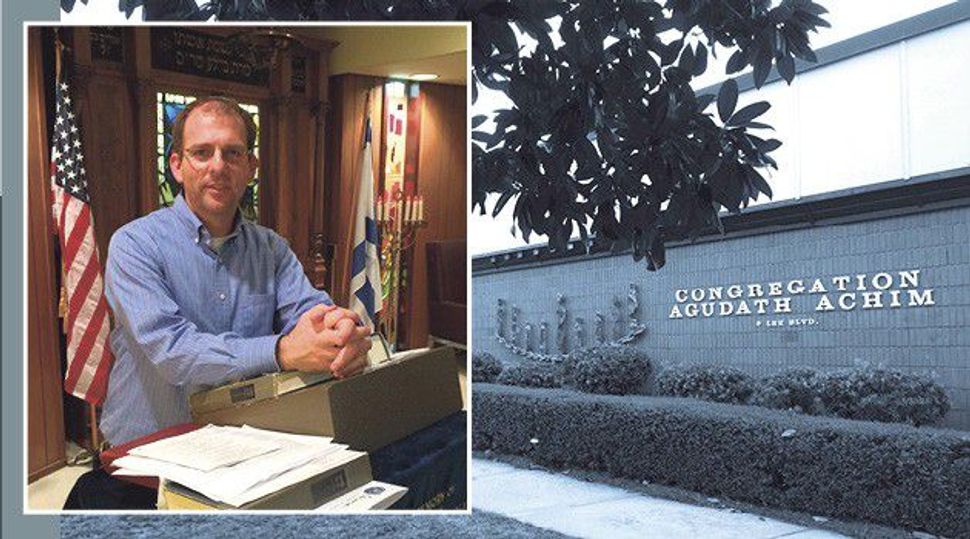 A controversial Savannah rabbi may retain his pulpit for another three years, despite the synagogue board’s recommendation that his contract not be renewed.

As the Forward reported in July, several families left the Conservative congregation in the past year after Barkan scared a class of nine-year-old girls by teaching them about child sex slavery.

After switching off the lights and telling students to relax, Barkan told the girls they were at risk of being abducted.

Several parents said their children were terrified. They said that the episode showed Barkan’s poor judgment and that they could no longer trust him with their children.

The lesson took place in October 2013 at the Shalom School, Savannah’s only supplementary Jewish school, which Agudath Achim runs in partnership with Savannah’s only Reform Congregation, Mickve Israel.

Barkan’s three-year contract at Agudath Achim runs out in July, 2015.

A survey conducted at the end of this summer found that congregants were overwhelmingly positive about Barkan, said Steve Roth, president of Agudath Achim’s board.

Nevertheless, when the board met on October 7 it voted to recommend to the congregation that it not renew Barkan’s contract.

Roth declined to reveal details of the board discussion. He said that even the congregation was not informed why the board voted against renewal. “Under ordinary circumstances the congregation would agree with the board, but in this case they didn’t,” he added.

Roth said that Barkan has until November 15 to decide whether he wishes to renew his contract. If he does, negotiations are expected to take about two months.