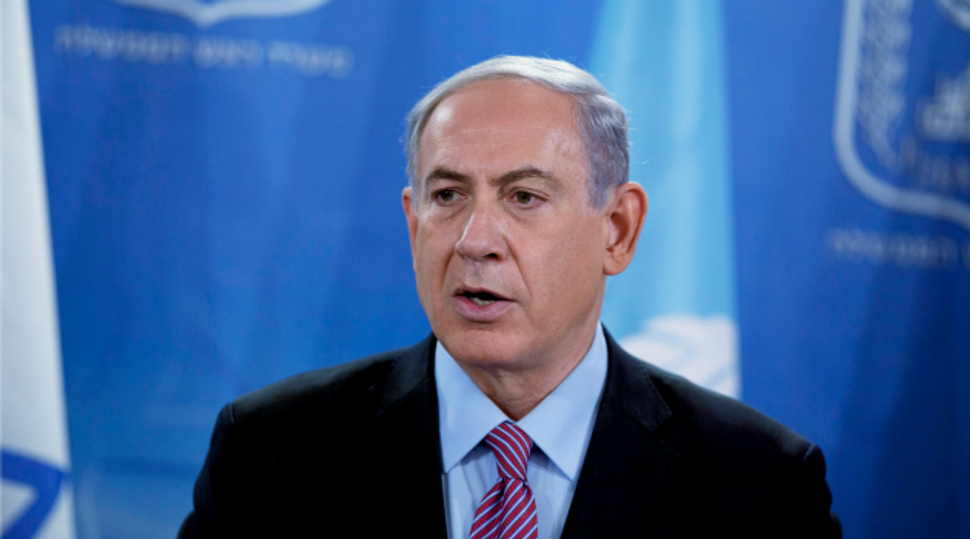 The Prime Minister’s Office spokesman, Ofir Gendelman, on his official Twitter feed identified the driver of the car that crashed Wednesday into the Ammunition Hill station in northern Jerusalem as a Hamas member. Eight people also were injured in the suspected terror act as passengers were disembarking from the train.

Netanyahu in a statement referred to the fact that Abbas’ Fatah party recently formed a unity government with Hamas.

“This is how Abu Mazen’s partners in government act, the same Abu Mazen who — only a few days ago — incited toward a terrorist attack in Jerusalem,” the prime minister said, using Abbas’ nom de guerre.

The driver of the car attempted to flee the scene on foot and was shot by police, who confirmed that he was from the eastern Jerusalem neighborhood of Silwan and had previously served time in an Israeli prison.

After the attack, which was captured on security camera video, Palestinians and Israeli forces clashed in Silwan, which has been a recent source of Arab-Jewish tension. Israeli security forces also reportedly raided the home of the suspect in the attack, Abdelrahman al-Shaludi, who is the nephew of Mohiyedine Sharif, the former head of Hamas’ armed wing who was killed in 1988.

Netanyahu ordered tightened security in Jerusalem. The city’s mayor, Nir Barkat, called for the reinforcement of police forces in order to “restore peace and security.”

“As I have said for months, the situation in Jerusalem is intolerable and we must act unequivocally against all violence taking place in the city,” he said in a statement.

“Today, more than ever, it is clear that we must send police forces into neighborhoods where there are disturbances, placing them strategically and widely in significant numbers.”