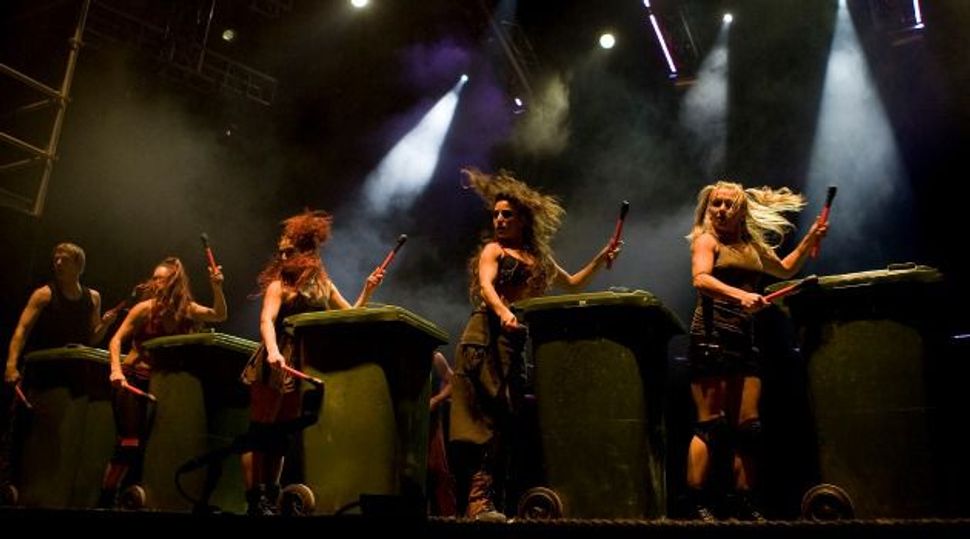 The Mayumana group performing in Barcelona. Image by Wikimedia Commons

A Jewish group affiliated with the Boycott, Divestment and Sanctions movement against Israel demonstrated outside of a performance in Buenos Aires by an Israeli dance troupe.

The Los Otros Judios, or “The Other Jews,” group demonstrated outside of an auditorium in downtown Buenos Aires on Wednesday evening against the Mayumana dance troupe.

Members of the group define themselves as Jews that “refuse to accept that Zionism and Judaism are synonymous.”

News of the demonstration was spread by social networks.

Demonstrators stood in front of the Opera Allianz Theatre where Mayumana was performing, waving Palestinian flags, and carrying signs that read “Boycott Israel, solidarity with the Palestinian people” and “Don’t be an accomplice to Israeli apartheid in Palestine.”

The group will perform its show, “Racconto,” which means “story” or “flashback” in Italian, on Thursday and Friday night as well.

The Other Jews group is led by Chilean Tali Feld Gleiser and Argentinian journalist Julio Rudman. Calls for the demonstration on social media used the hash tag #BDS. Last week an anti-Israeli demonstration was held before the group’s shows in Chile.

The Palestinian community in Chile is believed to be the largest outside of the Middle East. At least 300,000 Chileans are of Palestinian descent, according to reports.