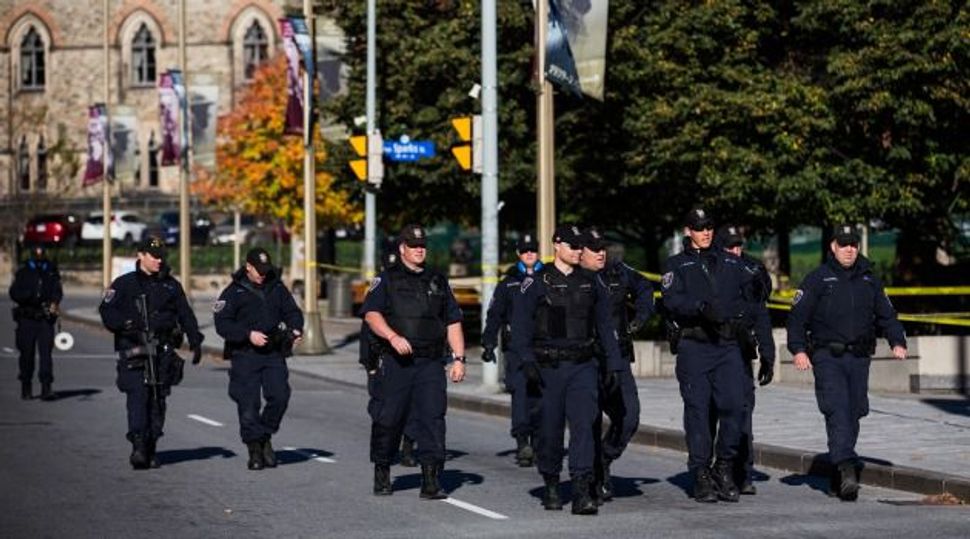 Canadian Jewish institutions are stepping up security after the murder of two Canadian soldiers by homegrown pro-jihadist terrorists.

While it is not clear whether the two attacks, which included a shooting at the Parliament in the nation’s capital, were related, they have shaken a country that has experienced few acts of terrorism and has often felt immune from attack.

While no direct threats were reported against Jewish institutions, they reportedly are heightening security measures in response.

“The Jewish community takes these incidents very seriously,” said Martin Sampson of the Centre for Israel and Jewish Affairs in Ottawa. “We have security protocols in place and remain vigilant.”

B’nai Brith Canada CEO Frank Dimant said in a statement, “The attacks this week have demonstrated that Canada is no longer immune to the danger of individuals harboring and propagating radical ideologies.”

On Wednesday in Ottawa, a 32-year-old man identified as Michael Zehaf-Bibeau stormed a war memorial just off Parliament Hill and shot dead a reservist soldier standing guard with an unloaded weapon. Zehaf-Bibeau, described by some as wearing a keffiyah-like head covering, invaded the main building on Parliament Hill before being shot dead by the Parliament’s sergeant-at-arms.

Two days earlier, Martin Rouleau of Quebec ran over two soldiers in a Montreal suburb, killing one before he was fatally shot by police.

News reports described Rouleau and Zehaf-Bibeau, both recent converts to Islam, as “radicalized” Canadians. The two were among 90 Canadian-born citizens being monitored by domestic security authorities for their expressed sympathies toward extreme Islam.