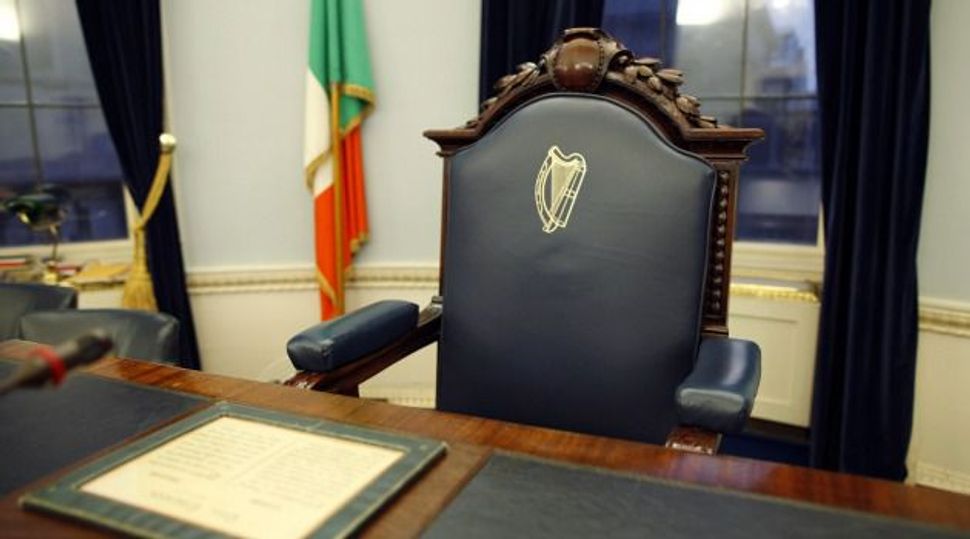 The Upper House of Ireland’s parliament unanimously passed a nonbinding motion calling on the government to formally recognize the state of Palestine.

The Seanad accepted the motion Wednesday without a vote.

The motion was proposed by Sen. Averil Power, the head of the country’s main opposition party, the conservative Fianna Fail, the Irish Times reported.

It called on the Irish government to “formally recognize the State of Palestine and do everything it can at the international level to help secure a viable two-state solution to the Israeli-Palestinian conflict,” according to TheJournal.ie.

The Palestinians’ ambassador to Ireland, Ahmed Abdelrazek, was in the Upper House during debate on the motion and its approval.

The approval comes less than a month after new Swedish Prime Minister Stefan Loven declared that his government would recognize the state of Palestine and more than a week after the British Parliament overwhelmingly voted for a nonbinding motion backing recognition of Palestine.