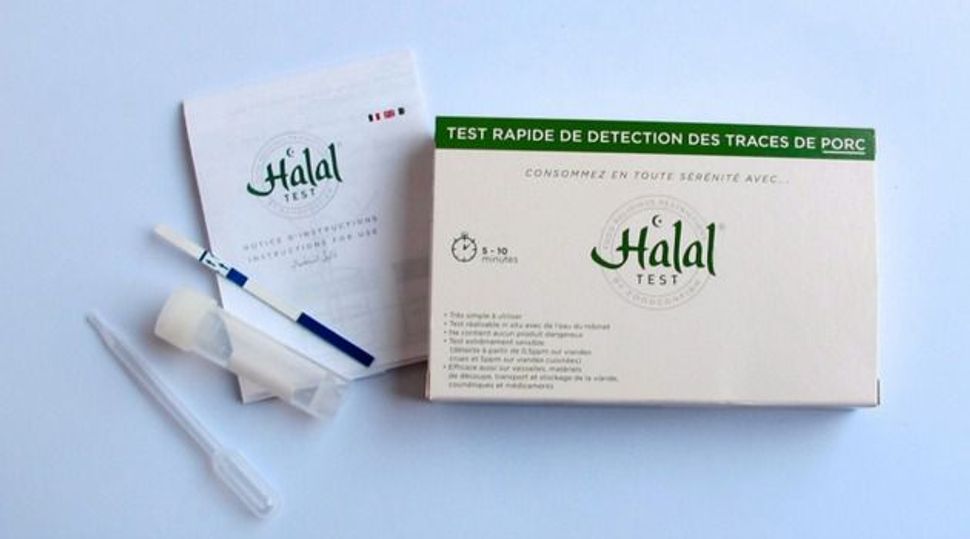 (JTA) — Worried that the food you thought was kosher, or at least kosher style, has some hidden pork?

Now, using a few test tubes, water and a small pregnancy test-like strip, you can find out in a few minutes whether your food contains pork traces.

HalalTest, a new product developed by two French entrepreneurs, does just this and already has sold 10,000 kits in France, according to Ynet. The kit is being marketed to France’s Muslim community but reportedly will be available online soon.

As Ynet notes, however, such a test seems to offer minimal practical value for most kosher-observant Jews, since pork is just one of many taboo ingredients and a range of other factors — like slaughter method, separation of meat and dairy, and so on — also affects a food’s kosher status.

Given that — and the hassle and expense factor (each test costs more than $8, according to Ynet) — it’s hard to see do-it-yourself tests ever replacing kosher supervision and certification.

But who knows, perhaps one day those wishing to demonstrate the strictest level of observance may want to precede their kosher-certified meals with not just a blessing but with a HalalTest. Just to make sure.