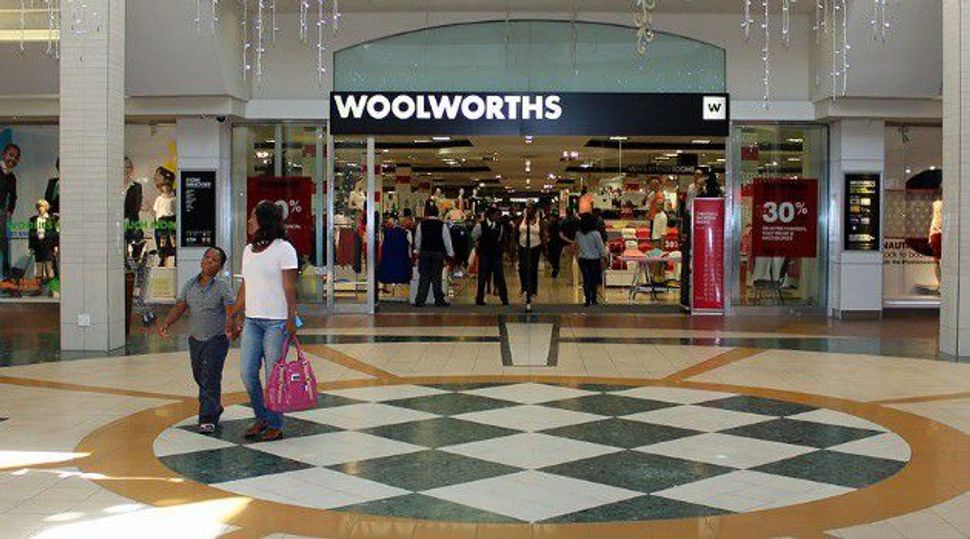 Some 57 protesters calling for a boycott of Woolworths in South Africa because it carries Israeli products were arrested in Johannesburg.

The protesters were arrested on Saturday and charged with public disturbance, the South Africa Press Association reported. They reportedly walked into the store and lay on the ground with signs.

Members of the Congress of South African Students Western Cape branch placed a pig’s head in the meat department of a local Woolworth’s last week as part of the protests.

“Many of our customers have asked if we source from the occupied territories. We do not,” Woolworth’s said in a statement published in the South Africa Independent. “Our suppliers are expected to adhere to the ethical standards in our code of conduct.”

The company added, “We fully comply with government guidelines on product from Israel. Less than 0.1 percent of our food is sourced from Israel.” It is not known if the protests have hurt Woolworths sales.

BDS backers reportedly plan to continue to pressure the company, Woolworths Holdings Limited, until its annual general meeting on Nov. 26.

BDS activist Mohammed Desai told the South African daily The Times earlier this month that the movement knows there are other companies in South Africa with ties to Israel but said, “For now, Woolworths is our target. They are making a grave mistake by ignoring us and if we go to all those retailers our campaign will be diluted.”

In South Africa, BDS has received the support of the African National Congress’ Youth League, and the Times reported that the movement has lobbied influential ANC supporters to put pressure on one of Woolworths’ largest shareholders, the Government Employees Pension Fund, which holds 17.2 percent of the shares.

Woolworths, one of the largest companies in South Africa, is not related to the U.S. chain F.W. Woolworth Company.