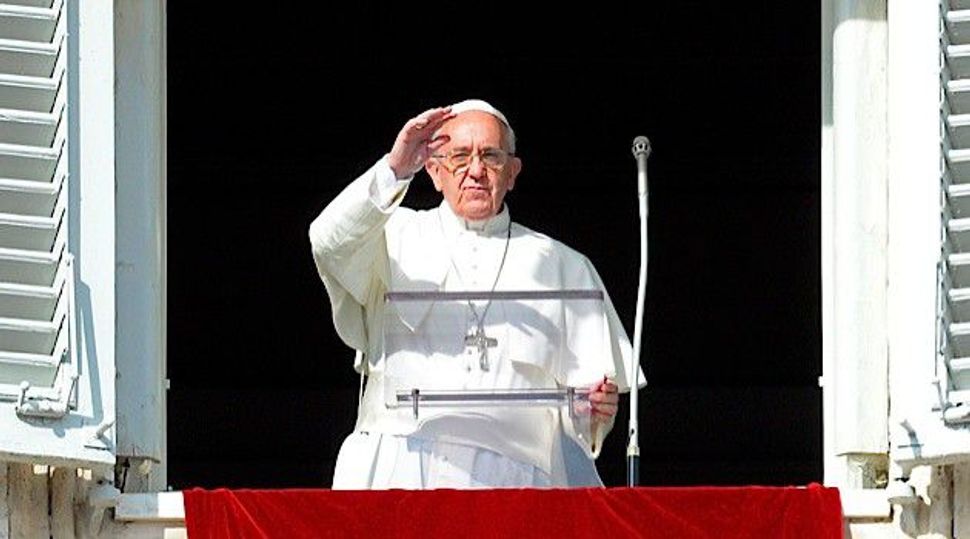 During the audience on Monday, the university bestowed its highest Award of Distinction upon the Pope in recognition of his lifelong efforts promoting peace and fighting for human rights.

“We are the sons of Abraham and we have the privilege and the responsibility to guide humankind on the path to peace,” the Pope told the Bar Ilan delegation of 25 academics, as well as businesspeople from South America and Spain. Hershkowitz told the Pope that former Israeli President Shimon Peres asked that Bar-Ilan University serve as a home base for dialogue among religions, an initiative which the Pope and Peres have agreed to work together to advance. The Pope welcomed this new development.

The reception with Pope Francis and presentation of the award marked the official opening of a year of festivities in celebration of Bar-Ilan University’s 60th anniversary.

“Peace and harmony were born much before religions were. The concepts of harmony and unity are shared by our respective religions. Unfortunately however, we are living in a world that is filled with hostility and animosity. Our very presence here signals a new beginning, a vista of opportunity. We are ever so aware of the need for dialogue and harmony, peace and coexistence,” Hershkowitz told the Pope.

The Palestinian Authority and the Palestine Liberation Organization reportedly protested to the Vatican over the pope’s agreement to see representatives of Bar Ilan, due to what they called the university’s right-wing positions and support for settlers and settlements, Haaretz reported.