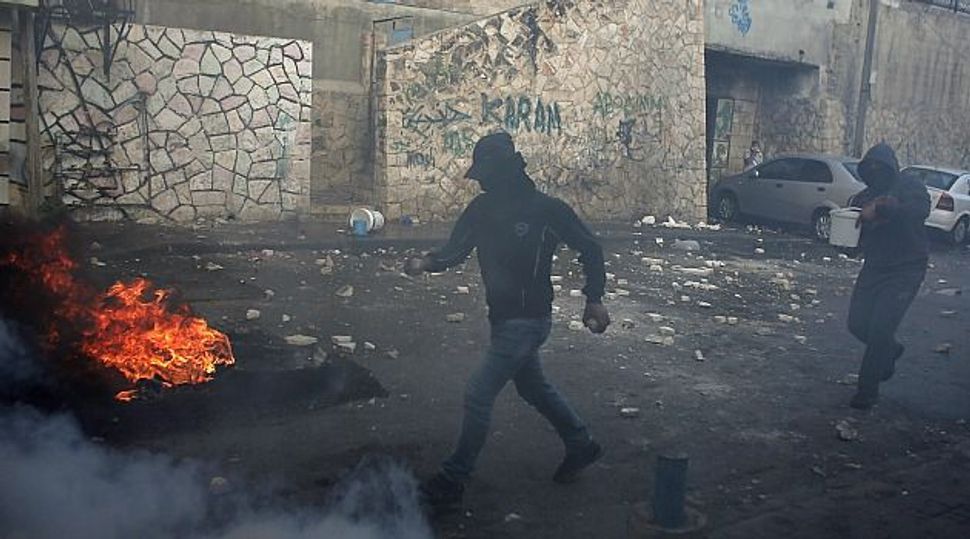 Restive Holy City: Palestinians battle Israeli police in East Jerusalem after the shooting of a prominent advocate for Jewish access to the Temple Mount. Image by getty images

The Al-Aqsa compound, or Temple Mount, which is a central cause of the latest violence, was closed to all visitors as a security precaution. It was the first full closure of the site, venerated by both Jews and Muslims, in 14 years.

Moataz Hejazi’s body lay in a pool of blood among satellite dishes on the rooftop of a three-story house in Abu Tor, a district of Arab East Jerusalem, as Israeli forces sealed the area and repelled stone-throwing Palestinian protesters. 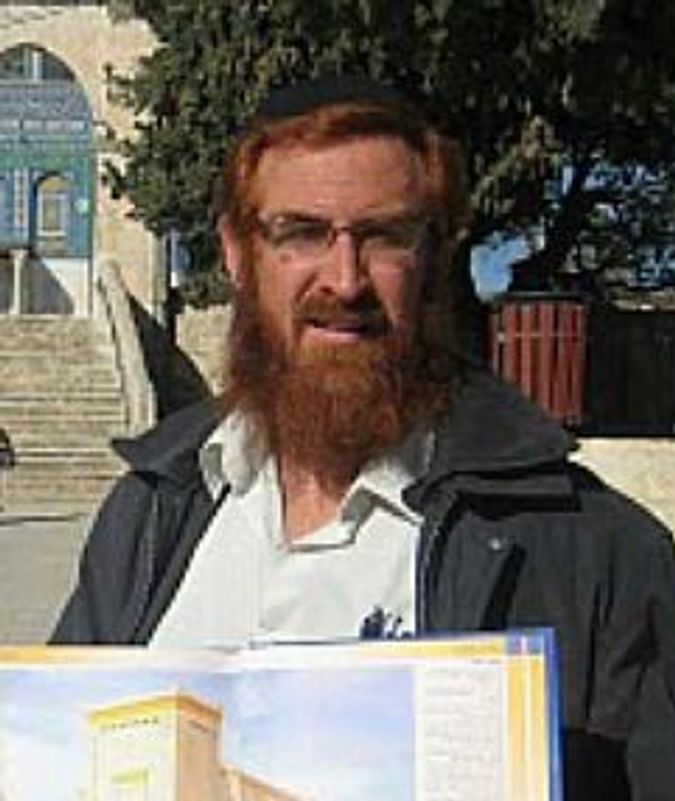 Moataz Hejazi’s body lay in a pool of blood among satellite dishes on the rooftop of a three-story house in Abu Tor, a district of Arab East Jerusalem, as Israeli forces sealed the area and repelled stone-throwing Palestinian protesters.

Hejazi was suspected of shooting and wounding Yehuda Glick, a far-right religious activist who has led a campaign for Jews to be allowed to pray at the Al-Aqsa compound.

Glick, a U.S.-born settler, was shot as he left a conference at the Menachem Begin Heritage Center in Jerusalem late on Wednesday, his assailant escaping on the back of a motorcycle. A spokesman for the center said Hejazi had worked at a restaurant there. Glick, 48, remains in serious but stable condition with four gunshot wounds, doctors said.

Residents said hundreds of Israeli police were involved in the pre-dawn search for Hejazi. He was tracked down to his family home in the winding, hilly backstreets of Abu Tor and eventually cornered on the terrace of an adjacent building.

“Anti-terrorist police units surrounded a house in the Abu Tor neighborhood to arrest a suspect in the attempted assassination of Yehuda Glick,” Israeli police spokesman Micky Rosenfeld said. “Immediately upon arrival they were shot at. They returned fire and shot and killed the suspect.”

Locals identified the man as Hejazi, who was released from 11 years in an Israeli prison in 2012. Hejazi’s father and brother were arrested. Israeli police fired sound bombs to keep back groups of angry residents, who shouted abuse as they watched the drama unfold from surrounding balconies.

One Abu Tor resident, an elderly Arab man with a walking stick who declined to be named, described Hejazi as a troublemaker and said “he should have been shot 10 years ago.” Others said he was a good son from a respectable family.

“They are good people, he does nothing wrong,” said Niveen, a young woman who declined to give her family name.

“We praise his martyrdom that came after a life full of Jihad and sacrifice and which responded to the call of holy duty in defending Al-Aqsa mosque,” Islamic Jihad said.

East Jerusalem, which was captured by Israel in the 1967 Middle East war and has been occupied since, has been a source of intense friction in recent months, especially around Silwan, which sits in the shadow of the Old City and Al-Aqsa.

Jewish settler organizations have acquired more than two dozen buildings in Silwan over the years, including nine in the past three months, and moved settler families into them, an effort to make the district more Jewish. Around 500 settlers now live among approximately 40,000 Palestinians residents.

That process, combined with the tension over the site, which is the third-holiest shrine in Islam and the holiest place in Judaism, have led to the most-fractious atmosphere in East Jerusalem in more than a decade, locals say – since the second Intifada or uprising began in 2000.

On Thursday, crowds of young Palestinian men and boys blocked off the streets near where Hejazi was killed with rubbish skips and lit fires. They smashed tiles and bricks and used the pieces to throw at Israeli police, masking their faces with bandannas or pulling hooded tops around their heads.

Police responded with sound bombs and tear gas, scattering the crowd, although it quickly returned. Clashes continued more than eight hours after Hejazi was killed.

“It is not a good situation, it is the worst, everyone is angry,” said Galib Abu Nejmeh, 65, who wandered down the rock-strewn street dressed in a smart brown suit and tie.

“It is becoming like another Intifada,” he said, comparing it to the scenes in East Jerusalem in the late 1980s, when Palestinians first rose up against Israeli occupation.

After Glick was shot, far-right Jewish groups urged supporters to march on Al-Aqsa on Thursday morning. That prompted Israeli police to shut access to the site to everyone – Muslims, Jews and all tourists.

Glick and his backers, including Moshe Feiglin, a far-right member of Prime Minister Benjamin Netanyahu’s Likud party, are determined to change the status quo that has governed Al-Aqsa since Israel seized the walled Old City in 1967.

Those rules state that Jordan’s religious authorities are responsible for administering Al-Aqsa and say that while Jews may visit the marble-and-stone esplanade, which includes the 7th century gold-plated Dome of the Rock, they cannot pray there.

Glick and his supporters argue that Jews should have the right to pray at their holiest site, where two ancient Jewish temples once stood.