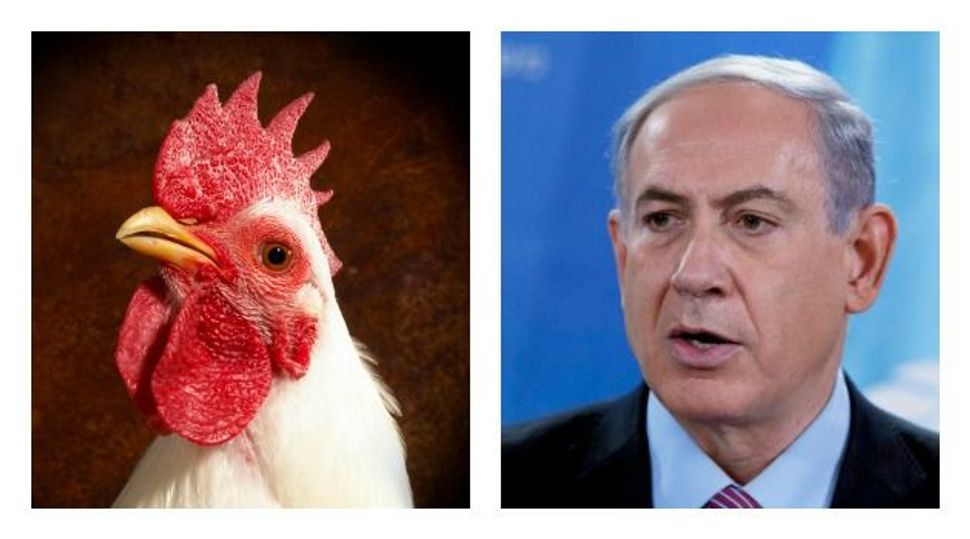 A major Jewish American policy group called on the White House to “hold to account” an anonymous official who slurred Benjamin Netanyahu, while another declared the matter closed.

“We ask that the person responsible be held to account and the appropriate steps be taken by the administration,” said a statement Wednesday from the leadership of the Conference of Presidents of Major American Jewish Organizations, the foreign policy umbrella for Jewish groups, referring to a report this week in the Atlantic quoting an anonymous official as describing the Israeli prime minister as “chickenshit.”

The Conference statement also welcomed a White House statement describing the attack as “inappropriate” and “counterproductive” and derided “personal insults and inappropriate characterizations from both Israeli and U.S. officials.”

The Anti-Defamation League, however, issued a statement saying that the White House condemnation of the attack put the matter to rest.

“The White House statement should bring closure to this issue,” Abraham Foxman, the ADL’s national director, said in an email to JTA.

“We welcome the White House’s distancing themselves from the inappropriate characterizations of the prime minister of Israel,” Foxman said. “It does a disservice to the bilateral relationship which, despite differences from time to time, has served the national security interests of both countries and the quest for peace and freedom globally.”

The National Jewish Democratic Council, in a rare critique of a sitting Democratic administration, in a statement expressed “surprise and disappointment at the profane and inappropriate language attributed to a senior administration official in describing Prime Minister Benjamin Netanyahu.”

The official was describing to The Atlantic’s Jeffrey Goldberg administration anger with Netanyahu for bypassing the White House in lobbying Congress and the media to block a potential Iran nuclear deal with the major powers, and for new building in eastern Jerusalem.

The allegation of cowardice referred to what the official said was Netanyahu’s reluctance to face down right-wingers in his government and the settlement movement.