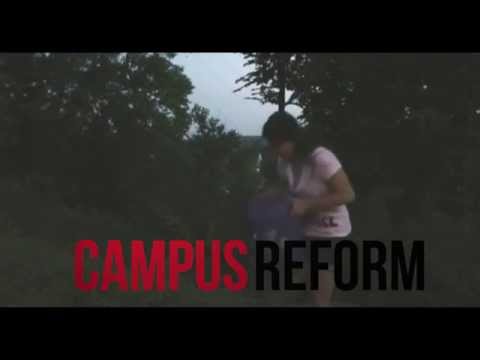 Four students arrested for disrupting an Ohio University student senate meeting rejected a plea bargain and maintained their pleas of “not guilty.”

The students — Jonah Yulish, Maxwell Peltz, Rebecca Sebo and Gabriel Sirkin — appeared in Athens County Municipal Court on Wednesday for a pretrial hearing, according to The Post, OU’s student newspaper.

The students had been arrested on September 10th for staging a protest of senate president Megan Marzec’s “blood bucket challenge” video calling for the university to divest from companies doing business in Israel. Their protest ended when the Ohio University Police Department arrested the students.

Marzec was in attendance at the hearing, and called the vote on whether to call in campus police to arrest the protesters.

The students were offered the chance to each plead guilty to a minor misdemeanor charge of disorderly conduct and pay a $100, but all refused, according to The Post. The students have been charged with disturbing a lawful meeting, a fourth-degree misdemeanor charge. If convicted, they could face a maximum penalty of 30 days in jail and a $250 fine.

The president of Hillel, the campus Jewish network, Eric Fingerhut, a former Ohio congressman has called on the university to apologize for the arrests.

The trial is scheduled to take place on February 17 and is expected to take two days.