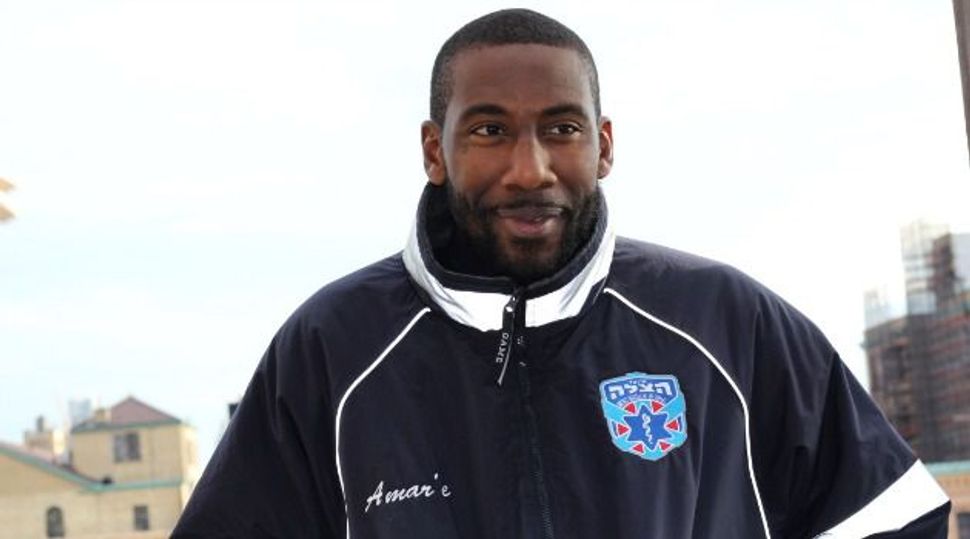 The campaign is called “Amar’e Saves,” and people can pledge money per point that Stoudemire scores over the course of the 2014 season, which started Wednesday night.

“In today’s society, which is so fast, we need to be doing something about saving lives quicker, and United Hatzalah is doing that,” Stoudemire said.

Through the first two games of this season, the former six-time all-star has scored 20 points, resulting in $10,960. When normal “direct donations” are added in, “Amar’e Saves” has so far raised a total of $29,970 for United Hatzalah.

United Hatzalah is a free emergency medical service started by Eli Beer in 2006. It is headquartered in Israel but has affiliated chapters in cities around the world, including Panama, Sao Paolo, and Buenos Aires. The organization’s volunteers are equipped with ambucycles, which get the volunteers to patients quicker than the average ambulance. United Hatzalah is not affiliated with Chevra Hatzalah, a similar organization that was linked to the Rapfogel corruption scandal last year.

Donors for “Amar’e Saves” can form teams and compete with other teams. Students at the Yeshiva University High School For Boys and Solomon Schechter in Westchester, New York, for example, have formed teams.

Stoudemire, who identifies as culturally Jewish, is a co-owner of the Hapoel Jerusalem team. He also has a Star of David tattoo and eats Kosher food.