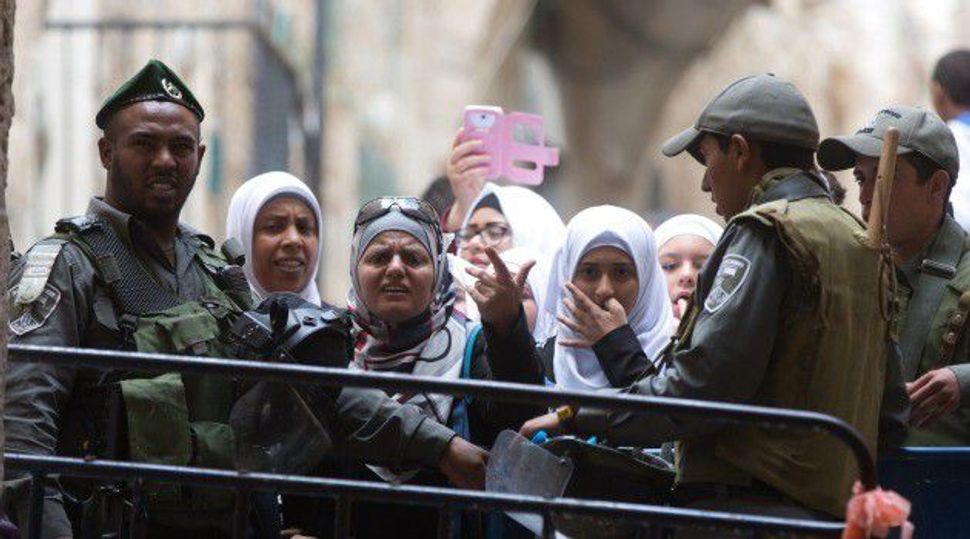 Israeli Prime Minister Benjamin Netanyahu on Saturday urged lawmakers to show restraint over Jerusalem’s al-Aqsa mosque, which has been at the heart of rising tension with the Palestinians in recent weeks.

Daily clashes between Israeli security forces and Palestinians in the streets of East Jerusalem and the al-Aqsa compound, known to Jews as the Temple Mount, have been stoking fears of a new Palestinian Intifada, or uprising.

In a sign of concern that the situation could escalate, Netanyahu called in a statement “on all Knesset members to calm tensions regarding the Temple Mount and show responsibility and restraint.”

The Palestinians say Israel is looking to change the delicate status quo at al-Aqsa, the third-holiest site in Islam and the most holy in Judaism.

Under the rules governing access to al-Aqsa, which is administered by Jordanian religious authorities, Jews are allowed into the compound but are not permitted to pray.

Netanyahu has said Israel has no intention of altering the status quo, but far-right activists and lawmakers have been pushing for Jewish worship at the site.

Israeli police often restricts access to al Aqsa when concerned about possible violence there, only letting in women and Muslim men over the age of 40 or 50.

Shortly after Netanyahu’s statement, one leader of the campaign for Jewish worship, Likud lawmaker Moshe Feiglin, said on Twitter he would be heading to the complex on Sunday.

Another advocator for Jewish prayer at the site, Yehuda Glick, was shot and seriously wounded this week by a suspected Palestinian gunman. Feiglin and some 150 supporters held a prayer rally for Glick’s recovery in Jerusalem on Saturday.

“I don’t accept anyone threatening us here in the land of Israel, saying the situation is volatile and therefore we mustn’t go up,” Israeli Housing Minister Uri Ariel, of the far-right Jewish Home party, told Reuters at the rally.

Israeli police tracked down the suspect in the attack on Glick and shot him dead in an exchange of gunfire on Thursday, sparking fierce clashes in the city and prompting police to shut the complex down for almost an entire day.

It was the first full closure of the compound in over a decade and Palestinian President Mahmoud Abbas said through his spokesman that it was “tantamount to a declaration of war.”

On Thursday Netanyahu said Abbas had incited for violence when he said this month that “The (Jewish) settlers must be barred from entering the compound by any means.”

A Palestinian uprising in 2000 began after a visit to the site by then-Israeli right-wing opposition leader Ariel Sharon when U.S.-brokered peace talks had collapsed.

The complex, in the walled Old City, houses the golden Dome of the Rock, from which Muslims believe Mohammed ascended to heaven. Jews revere it as the site of two destroyed Biblical Temples.

Israel regards all of Jerusalem as its “indivisible and eternal” capital, a claim not recognized internationally.

Palestinians want East Jerusalem, annexed by Israel after the 1967 Middle East war, as the capital of a state they aspire to establish in the occupied West Bank and Gaza Strip.