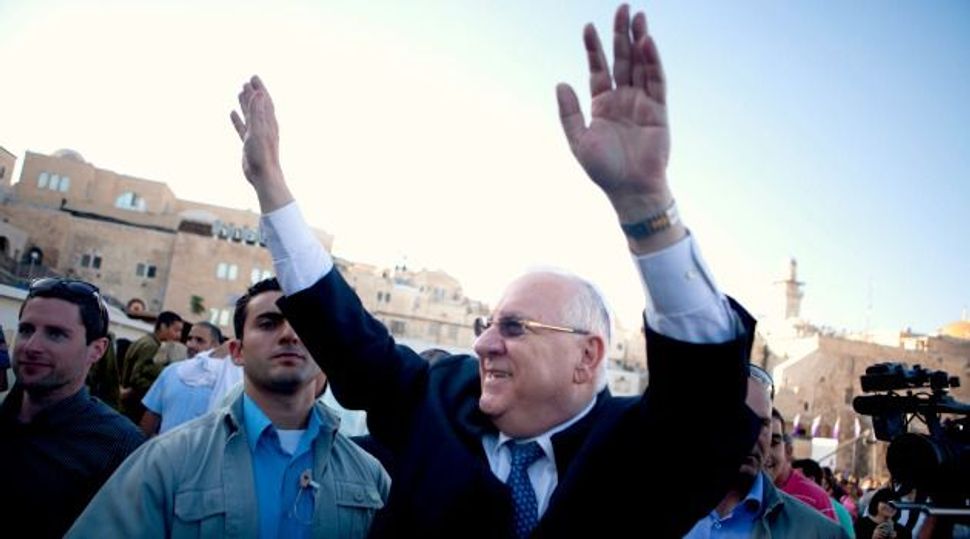 Yitzhak Rabin left a legacy of leadership, Israeli President Reuven Rivlin said at a memorial for the slain prime minister.

“For me, the legacy of Rabin is not only a legacy of war and peace but also the legacy of his leadership – one that does not simply lead the camp but also walks within out of a concern not just for our safety but also our image as a society – more just and more equal,” Rivlin said Tuesday at a ceremony at the president’s residence marking 19 years since Rabin’s murder.

Nov. 4 is the anniversary of Rabin’s assassination at a peace rally in Tel Aviv by right-wing extremist Yigal Amir.

Rabin’s was “a defining, molding leadership which courageously stands up to difficult decisions,” Rivlin said.

Rivlin said he respected Rabin even though the two men had opposite political views.

Rabin’s daughter Dalia condemned the recent photoshopped picture that went viral on social media in Israel of Rivlin with an Arab kaffiyeh on his head, which she compared to the doctored photos of Rabin wearing a Nazi SS uniform that circulated after the Oslo Accords. She praised Rivlin for condemning racism and incitement.

“I always heard from you warm words of memories you shared with my father,” Dalia Rabin said. “It is true you did not come from the same backgrounds, and we do not share the same political views, but we have always been members of the same sect, for whom the rules of democracy are sacred and from which we may not deviate under any circumstances.”

An official memorial for Rabin and his wife, Leah, will be held Wednesday at Har Herzl.