Israel’s Region More Dangerous Than Ever 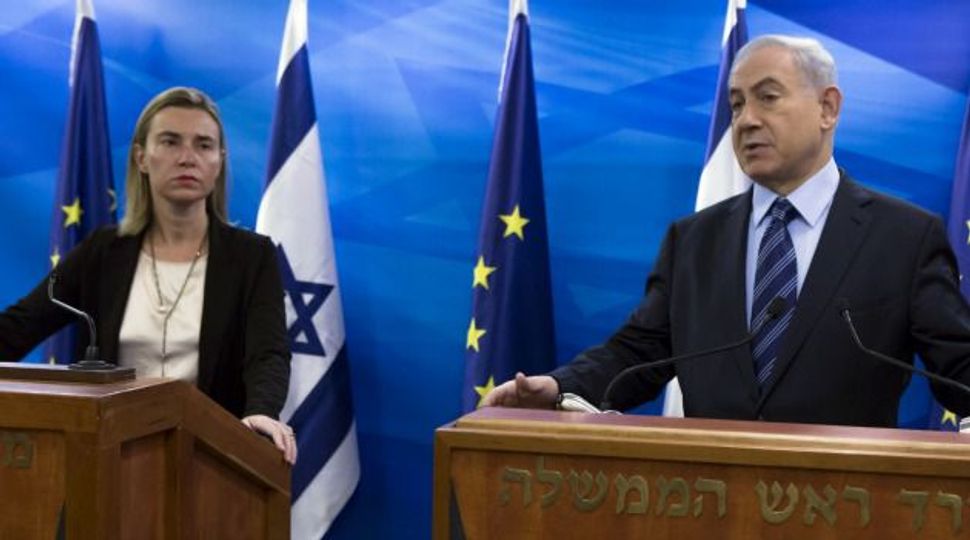 Israel’s region has never been more dangerous, the European Union’s new foreign policy chief, Federica Mogherini, said on a visit to Israel and the Palestinian Authority.

Mogherini made the statement on Friday in Jerusalem, during her first official trip outside the union since she was appointed in August High Representative of the European Union for Foreign Affairs and Security Policy.

“It is true that never as now the situation has been more dangerous in this area, but this could also bring some opportunities in terms of regional framework,” Mogherini said during a joint press conference which she held with Israeli Prime Minister Benjamin Netanyahu.

In her address, Mogherini made no mention of Israeli activity in settlements and in east Jerusalem, which the European Union considers illegal and has condemned many times. Instead, she said that the “European Union would always encourage direct talks, not unilateral steps on both sides, to find the solution of the two states” in which Israel has secure borders and the Palestinians have their own country.

Mogherini replaced Cathrine Ashton, who has been a vocal critic of Israel’s settlement policy and other actions concerning Palestinians and minorities.

In his address, Netanyahu said Jerusalem is not a settlement and that the root of the conflict with the Palestinians was their “failure to recognize Israel in any boundary.” He also criticized European politicians who recognized the Palestinian Authority’s claim to statehood outside the now-defunct negotiations with Israel, calling them “irresponsible.”

Netanyahu called for “rolling back” the Islamic State terror organization from Syria in Iraq and reiterated Israel’s opposition to any deal with Iran that allows the Islamic Republic the ability to enrich uranium, which Israel fears could be bring Iran closer to possessing nuclear arms.

Israel’s Region More Dangerous Than Ever