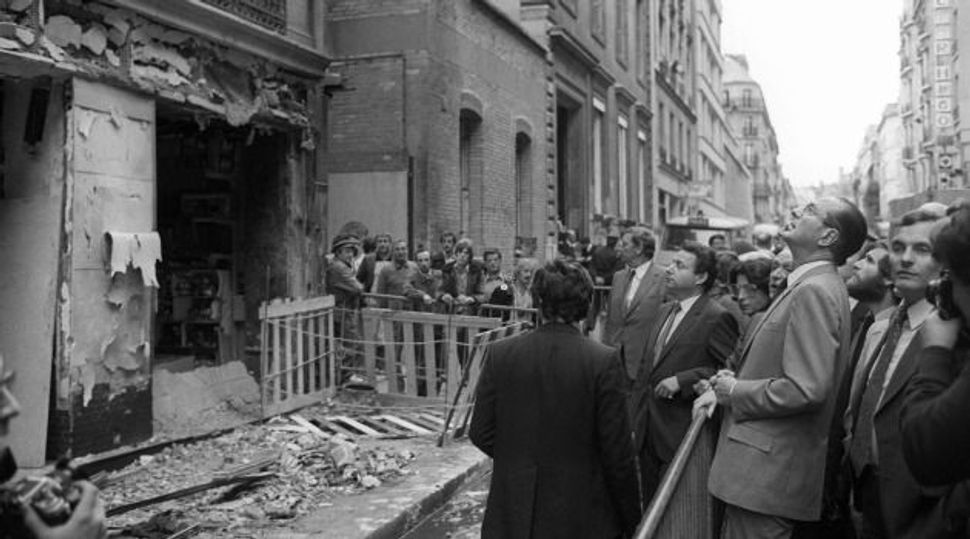 A Lebanese-Canadian who is the main suspect in a 1980 bombing that killed four people outside a Paris synagogue has arrived in Paris and will be questioned in court on Saturday, a court source told Reuters.

Hassan Diab was extradited from Canada after the country’s highest court on Thursday refused to rule on his appeal against extradition to France.

Diab was arrested by Canadian police in 2008 but was released and lived under judicial supervision, his lawyer said.

“My client has always said he is innocent, and will continue to do so,” Diab’s lawyer Stephane Bonifassi told Reuters.

Before his arrest, Diab, 60, had become a Canadian citizen and was a lecturer on sociology at two Ottawa universities.

Diab is the suspect in the incident, where a bomb was placed in a bag attached to a motorbike parked outside a synagogue in Rue Copernic in the wealthy 16th arrondissement. It exploded on the final day of a Jewish festival, just before a crowd was due to emerge from the synagogue.

Diab has said the evidence was based on a flawed handwriting analysis comparing his writing with that found on a Paris hotel registration card in 1980.

French intelligence has said Diab had been a member of the Popular Front for the Liberation of Palestine.