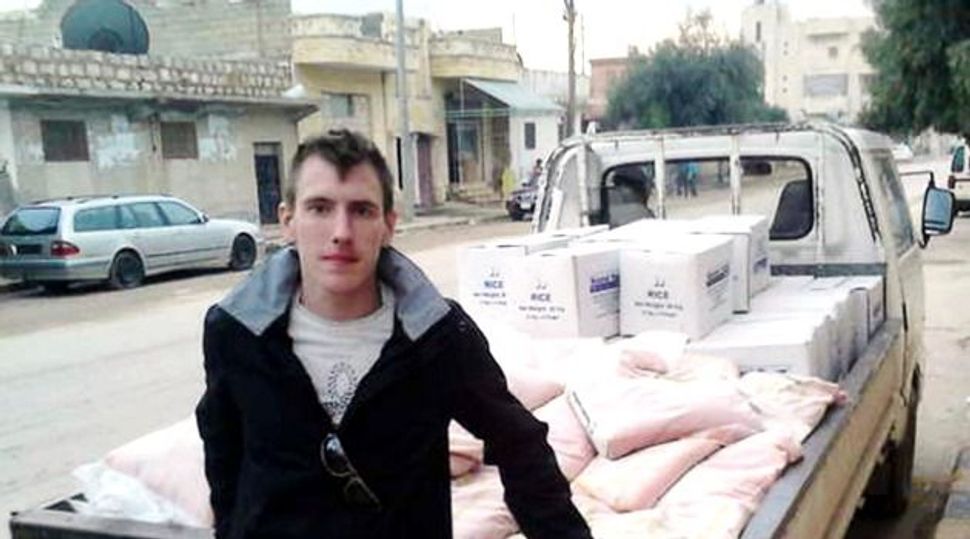 The Islamic State jihadist group has claimed to have beheaded another American hostage.

The group claimed in a video posted Sunday online on jihadist and social networking sites that it beheaded American aid worker Peter Kassig.

The video reportedly did not show the actual beheading but showed a black-masked man speaking with a British accent, with a bloody decapitated head at his feet.

“This is Peter Edward Kassig, a US citizen of your country; Peter who fought against the Muslims in Iraq, while serving as a soldier,” the masked man said. He is dressed the same and sounds the same as the man seen in four other beheading videos, including that of dual American and Israeli citizen Steven Sotloff.

The video for the first time identified where the beheading took place.

“Here, we are burying the first American crusader in Dabiq, eagerly waiting for the remainder of your armies to arrive,” the believed executioner said.

Dabiq is located in northern Syria near the border with Turkey.

Kassig, 26, who was abducted in October 2013 in Syria, served in the U.S. Army during the Iraq war, and was honorably discharged in 2007 over a medical ailment.

He founded his own non-profit organization called SERA, Special Emergency Response and Assistance, working from Turkey to provide food and medical supplies to refugee camps on both sides of the Syrian-Turkey border, helping refugees fleeing the more then three-year-long civil war in Syria, according to ABC News.

U.S. officials said that efforts were underway to verify the identity of the person beheaded in the video.