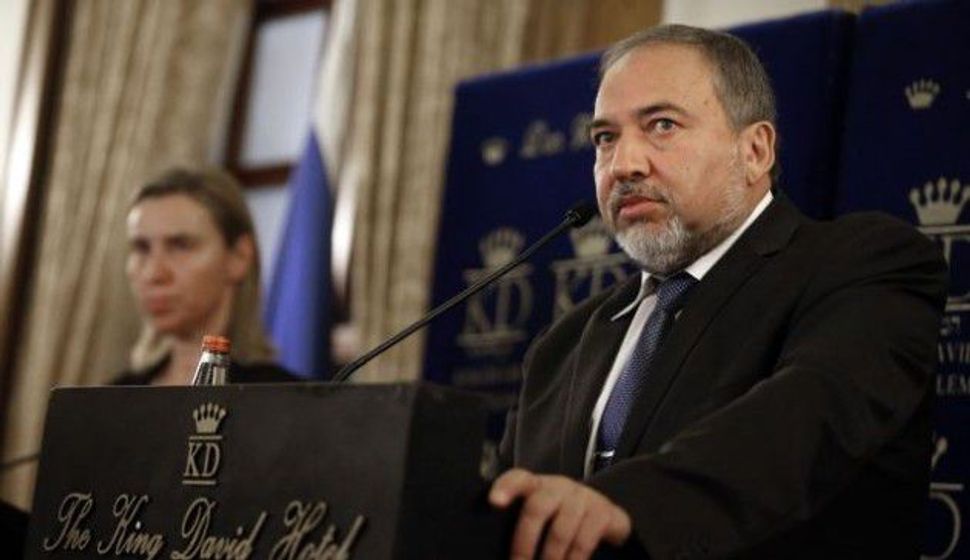 The European Union has no intention of imposing sanctions on Israel if it takes steps to block a two-state solution to the Israeli-Palestinian conflict, the EU’s new foreign policy chief Federica Mogherini said on Monday.

European diplomats have said the EU is looking at new ways to press Israel to halt its building of settlements on land the Palestinians want for a state, as frustration over the construction program reaches a new high.

Israeli newspaper Haaretz said on Monday it had obtained an internal EU document on sanctions that could be taken against Israel if it took actions that would prevent a viable Palestinian state. They included possible measures against European companies working in settlements in the West Bank and East Jerusalem, it said.

Mogherini said the EU had no plan of this kind.

The Haaretz article referred to an internal working document requested by EU governments some time ago that only formed a “technical working hypothesis,” she said.

A discussion among EU foreign ministers on Monday was more about “how to start a positive process with the Israelis and Palestinians to relaunch a peace process.” “It was not at all a question of isolating or sanctioning anybody,” Mogherini told a news conference.

In a statement on the Middle East peace process, the foreign ministers said the EU deplored plans for new Israeli settlement-building. “Actions which call into question stated commitments to a negotiated solution must be avoided,” they added.

Mogherini said the ministers had decided “to support new initiatives to relaunch a peace process.”

“We will build on the possibility of having a regional framework, working not only with the U.S. … but with some of the key Arab countries,” she said.