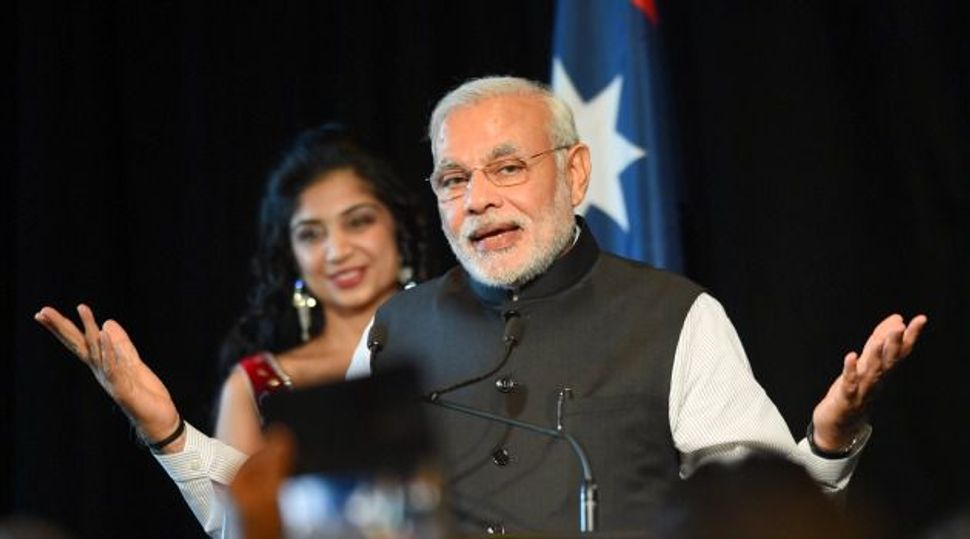 (Reuters) — At the UN General Assembly in New York last September, Israeli Prime Minister Benjamin Netanyahu set aside time for a critical meeting. But it wasn’t President Barack Obama he was keen to see. It was Indian Prime Minister Narendra Modi.

Since Modi came to power in May, ties between Israel and India have been in overdrive, with the two signing a series of defense and technology deals that have underscored their burgeoning commercial and political relationship.

The same month as the UN meeting, Modi’s cabinet cleared a long-delayed purchase of Israeli missiles for its navy. In October, India closed a $520 million deal to buy Israeli anti-tank missiles. And last week, a jointly developed aerial defense system passed a major trial, which India called a “milestone.”

“There is great momentum in cooperation, on both the defense and economic sides,” Naftali Bennett, Israel’s economy minister and a member of Netanyahu’s inner cabinet, told Reuters.

India is now the largest buyer of Israeli military equipment, while Israel is India’s largest customer after Russia. In the first nine months of 2014, bilateral trade reached $3.4 billion, on target for a record this year.

While that may not be vast in global terms, it has helped push Asia to the brink of overtaking the United States as Israel’s largest export market after the European Union.

India is steadily catching up with China as it buys more Israeli defense and cyber-security technology, an area where China is limited since the United States frowns on Israel dealing too freely with Beijing in defense matters.

The roots of the Israel relationship go back to 2006, when Modi was chief minister of Gujarat and visited the region to explore new ideas in irrigation, an area of Israeli expertise.

Under Modi’s predecessor, Manmohan Singh, India kept its relationship with Israel under wraps, in part so as not to upset its Muslim minority, said C. Raja Mohan, head of strategic studies at the Observer Research Foundation in New Delhi.

“Cynics in Israel would point out that Delhi was treating Tel Aviv like a mistress – engage in private but refuse to be seen with in public,” said Mohan. “The Modi government is having none of that.”

The question is where the relationship goes from here. Strategically, Israel is glad to have a rising Asian power as an ally. But for both the focus is really on business.

Israel Ports Co. is partnering India’s Cargo Motors to build a deepwater port in Gujarat, and Israel’s TowerJazz is teaming up with India’s Jaiprakash Associates and IBM with plans to build a $5.6 billion chip plant near Delhi.

At a security conference in Tel Aviv last week, executives from top Indian firms were shopping for systems to secure their pipelines, refineries and other infrastructure.

All the activity has lead to expectations that Israel and India will finalize a free trade agreement in the next year.

“That means trade will double or triple,” said Anat Bernstein-Reich, who chairs the Israel-India Chamber of Commerce, an office hoping and preparing for a boom.