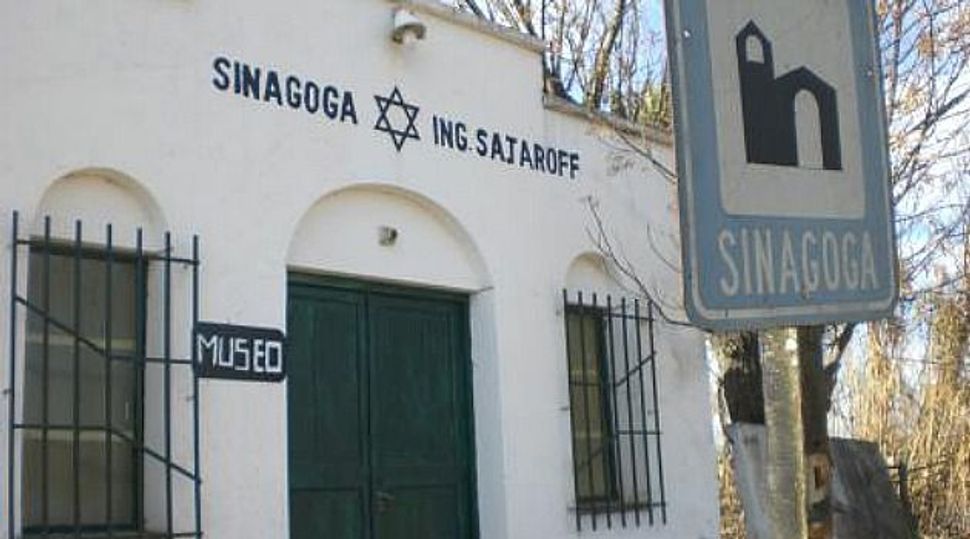 The students painted tolerance messages and art to cover neo-Nazi inscriptions at the Parque Urquiza public park in the city of Parana, in the Argentine province of Entre Rios.

Entre Rios is the province of the famed Jewish gauchos, or cowboys, and farmers, and the home of the agricultural settlements sponsored by Baron de Hirsch in the late 1880’s.

The public park was vandalized with SS and Nazi symbols and also the inscription in German “Achtun juden,” or Warning Jews.

“It is the first time that this type of response has occurred and it is a precedent; this establishes the position of the civil society and the government against Nazi symbols in public spaces,” Diego Dlugovitzky, the representative for Parana City to the DAIA national Jewish political umbrella, told JTA.

“I think these type of attacks are a shame for all of us, and today´s action is a contribution to the education of our youth,” Osuna said. “We do this with the Jewish community, but we are doing this because society needs to care for its members and honor their history.

“We were invited to collaborate in the painting to cover the sins, the aggression on the Jewish community. We wanted to fix this because we think that it is wrong and we came to help. We are happy to have been called and doing this is important despite the different religions that everyone comes from,” student Magdalena Tudor, from the Edupro School, told local media. Students from the Sarmiento and La Salle schools and Estudiantes Club participated in the event.