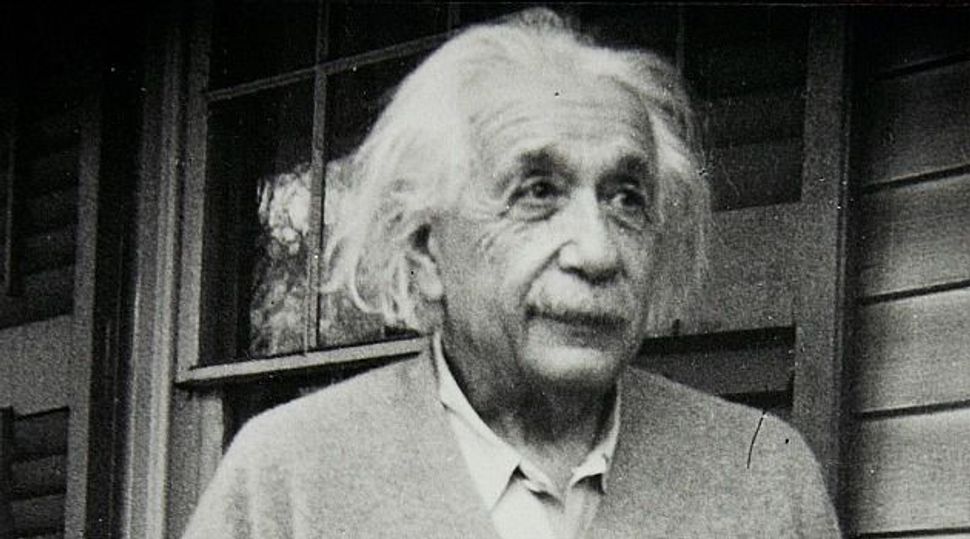 A letter by Albert Einstein defending his Jewish heritage will go on the auction block in Los Angeles Friday, with bidding starting at $10,000.

In the letter written to New York businessman Isidore Zelniker in 1939, the famed scientist emphasized the power of resistance, and the important role of Jewish “traditions of mutual helpfulness.”

“The power of resistance which has enabled the Jewish people to survive for thousands of years has been based to a large extent on traditions of mutual helpfulness,” Einstein wrote. “May we stand this test as well as did our fathers before us.”

The letter is an appreciation from Einstein to Zelniker for his work on behalf of Jewish refugees in Nazi-occupied Europe. It was typed on Einstein’s personal embossed stationery from his Princeton, N.J. home. It is dated June 10, 1939.

The bidding for the letter, conducted by Nate D. Sanders Auctions, begins at $10,000.