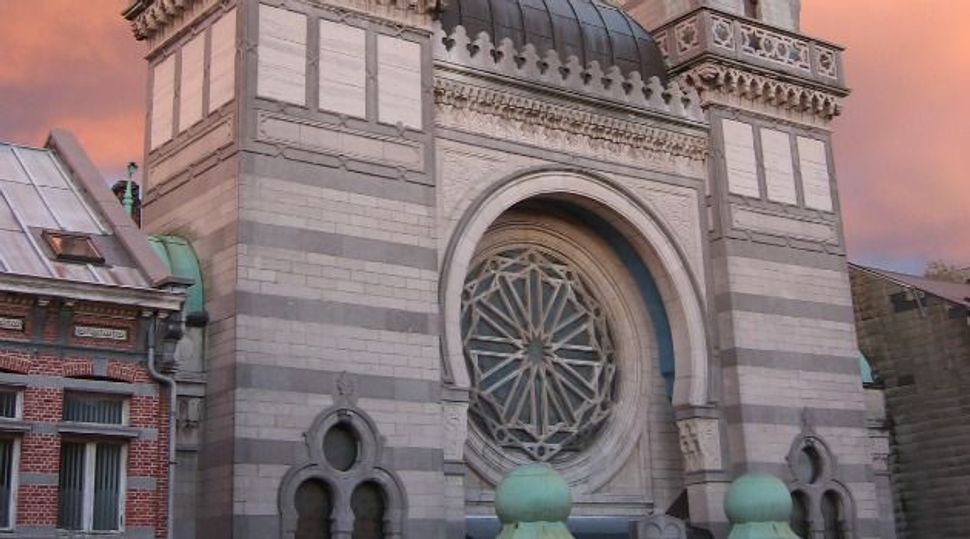 Synagogue in the center of Belgian city of Antwerp. Image by wikimedia

In the wake of the stabbing of an Orthodox Jew in Antwerp, a Flemish Jewish politician demanded the government cover the community’s security costs of $1 million a year.

Claude Marinower, Antwerp’s alderman for education, made the demand in an interview that appeared in the Joods Actueel monthly on Thursday – several days after Yehosha Malik, a 31-year-old Orthodox Jew, was stabbed in the neck by an unknown assailant while he was walking to synagogue for prayer services.

“Jewish families should not have to cover these costs,” Marinower said. “It is the government’s job to make sure its citizens can live in safety.”

According to the monthly, Jewish families pay $100 a month per every child they send to a Jewish public school so that these school may pay for the extra security measures deemed necessary by the community’s security officials.

Education is supposed to be provided free of charge in Belgium – a federal entity that is made up of the Flemish region, whose capital is Antwerp, a French-speaking Walloon Region, and the autonomous Brussels region.

Throughout Belgium and much of Western Europe, Jewish communities are regularly targeted by Islamists and Arabs seeking revenge for Israel’s actions and, less frequently, by anti-Semites from the far-right.

According to Marinower, Belgium is lagging behind other Western European countries that have stepped up to shoulder security costs for Jewish communities, including Germany, Denmark and neighboring Netherlands.

Still, authorities in Antwerp did beef up security around the city’s heavily Jewish neighborhoods following the murder in May of four people at Brussels’ Jewish Museum of Belgium, Joods Actueel noted, including installing video cameras and increasing patrols.