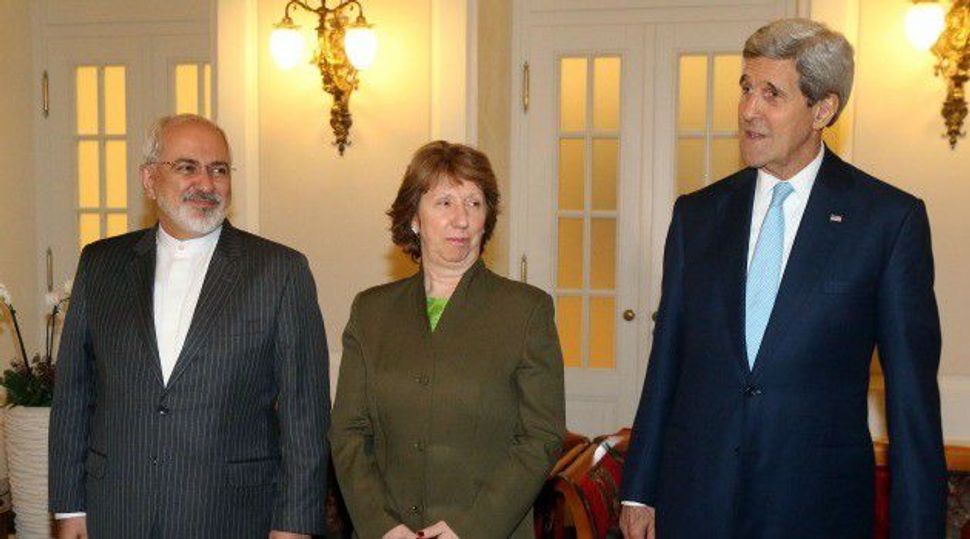 World powers will press Iran to cease stonewalling a U.N. atomic bomb investigation as part of a wider nuclear accord, but will likely stop short of demanding full disclosure of any secret weapon work by Tehran to avoid killing an historic deal.

Officially, the United States and its Western allies say it is vital that Iran fully addresses the concerns of the U.N. nuclear agency if it wants a diplomatic settlement that would end sanctions severely hurting its oil-based economy.

“Iran’s previous activities have to come to light and be explained,” a senior Western diplomat said.

Privately, however, some officials acknowledge that Iran would probably never admit to what they believe it was guilty of: covertly working in the past to develop the means and expertise needed to build a nuclear-armed missile.

Iran denies this and says its nuclear program is peaceful.

The six powers face a delicate balancing act: Israel and hawkish U.S. lawmakers – wary of any rapprochement with old foe Iran – are likely to pounce on a deal if they believe it is too soft on Tehran’s alleged nuclear arms activity.

A senior Western official said the six would try to “be creative” in coming up with a formula that would satisfy demands by those who want Iran to come clean about any atomic bomb research and those who say it is unrealistic to expect the country to openly acknowledge it.

The outcome could also affect the standing of the International Atomic Energy Agency (IAEA), which for years has been trying to investigate what it calls the possible military dimensions (PMD) of Iran’s nuclear program.

While the global powers – the United States, France, Germany, Russia, China and Britain – seek to persuade Iran to scale back its uranium enrichment program to lengthen the timeline for any bid to assemble nuclear arms, the IAEA is investigating possible research on designing an actual bomb.

The aim is to reach a comprehensive solution to end a 12-year nuclear dispute by a Nov. 24 deadline, though diplomats say it is more likely that the negotiations will be extended.

If an eventual accord does not put strong pressure on Iran to increase cooperation with the IAEA by making it a condition for some sanctions relief, it may hurt its future credibility, according to some diplomats accredited to the agency.

“You don’t want to undermine the integrity of the IAEA,” one said.

The IAEA issued a report in 2011 with intelligence information indicating concerted activities until about a decade ago that could be relevant for developing nuclear bombs, some of which the U.N. agency said may be continuing.

Iran has made clear that it is not an issue it is ready to budge on. “PMD is out of question. It cannot be discussed,” an Iranian official said.

IAEA Director General Yukiya Amano this week said Iran had again failed to provide explanations needed for the inquiry, making clear it has made scant headway in recent months.

“I believe the PMD issue is not a deal-breaker even though it probably should be,” another Western official said. The official added that many inside the IAEA and Western governments shared concerns about the deadlocked investigation and felt uneasy about compromising on the issue.

Iran denies ever harboring any nuclear bomb ambitions and its supreme leader, Ayatollah Ali Khamenei, has issued a religious decree against atomic weaponry.

Because of this, experts say, it is virtually impossible for the Iranian leadership to make any “mea culpa” about activity geared towards developing nuclear bombs.

Another reason Tehran might be reluctant to admit to any wrongdoing is that it could later be used as a justification for Iran’s enemies to attack it out of “self-defense.”

As a result, the powers are weighing how hard to press it.

A U.S. official said it was “a fine line” that needs to be walked on PMD. The six want to make sure the Iranians address the issue to some extent, but do not want to hit them so hard with it that they feel like they will lose face.

Experts differ on whether Iran must come completely clean: some argue it is necessary to ensure that any such work has since been halted but others say this can be achieved without a “confession.”