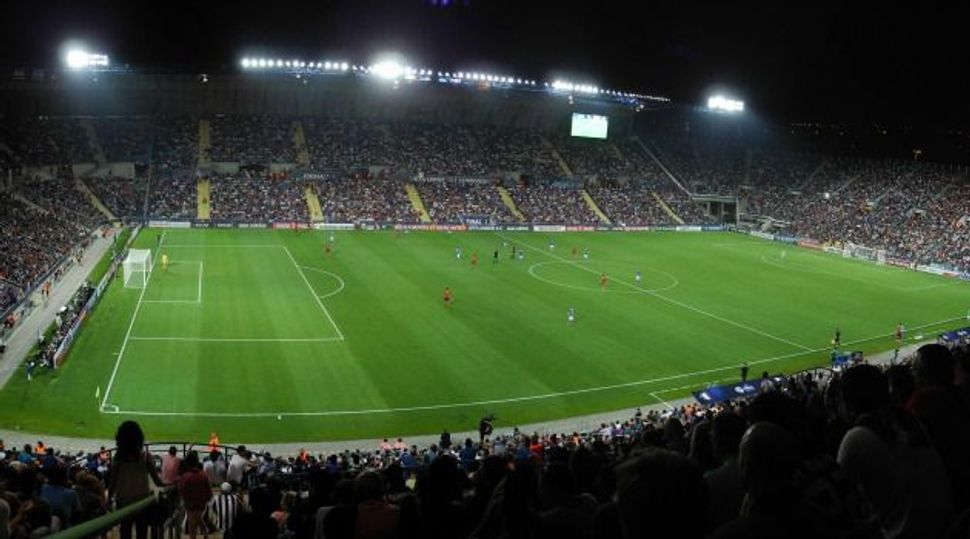 Jerusalem’s Teddy stadium was named as a possible target of a foiled Hamas terror plot. Image by wikipedia

Israel said on Thursday it had foiled plans by Islamist group Hamas to attack Israelis in Jerusalem’s largest soccer stadium, other parts of the city and the occupied West Bank.

Israel’s Shin Bet security service said it had arrested 30 members of the group in September, some of whom had received weapons and explosives training from Hamas militants in Jordan and the Gaza Strip.

Planning for attacks against Israeli targets, including Jerusalem’s Teddy soccer stadium and the city’s light railway, was carried out by Hamas officials in Turkey, Shin Bet added in a statement.

Hamas officials in the Gaza Strip, where the group is dominant, were not immediately available for comment.

Violence has surged in recent weeks in Jerusalem amid high tensions over access to a holy site in an Israeli-annexed part of the city where al-Aqsa mosque now stands and Biblical Jewish Temples once stood.