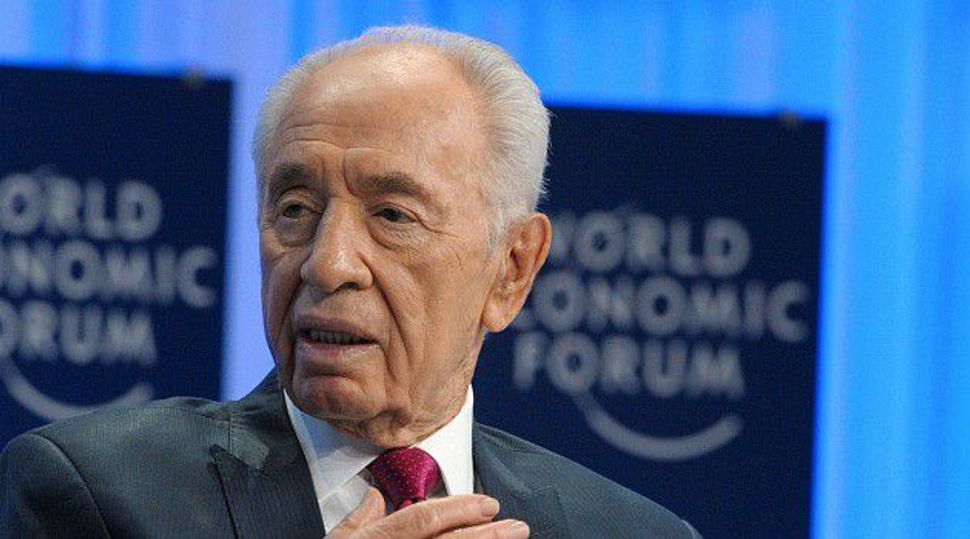 “The controversy surrounding what’s now called the nation-state law seems to many as an unnecessary addendum that could compromise the people’s uniting values,” Peres said in a speech at Kibbutz Sdeh Boker at an annual memorial ceremony honoring David Ben Gurion, Israel’s first prime minister.

Peres labeled the bill “an unnecessary religious argument instead of a broad national agreement, which could turn a political conflict into a religious upheaval that would be difficult to stop.”

Peres is among several leading Israeli figures who have said the bill would compromise the equal status of Israel’s non-Jewish citizens.

On Wednesday, Netanyahu presented for the first time what he said would be the four key elements of the bill, whose final draft has not yet been made available.

Additionally, the bill envisioned by Netanyahu would say that “the right to realize national self-determination in the State of Israel is unique to the Jewish People” and that Israel “is a democratic state founded on the principles of freedom, justice and peace in light of the vision of Israel’s prophets and upholds the individual rights of its citizens according to any legal standard,” Netanyahu said.