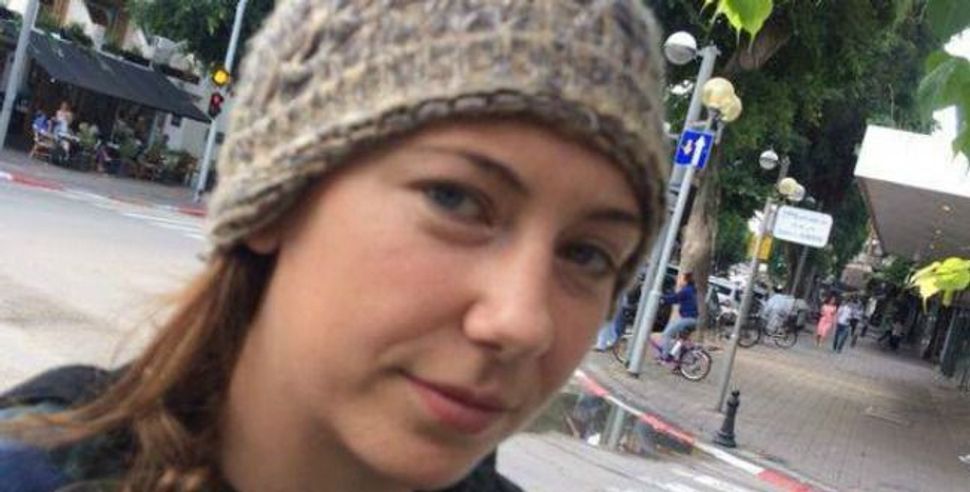 A Canadian-Israeli Jewish woman who joined Kurdish forces in their fight against the Islamic State reportedly has been taken captive by ISIS.

The capture of Gillian Rosenberg and several other female fighters has been reported on blogs and Islamist websites, Israeli media is reporting.

Rosenberg, 31, reportedly was captured by jihadists near the Syrian city of Kobani in recent days, according to reports.

Israeli intelligence and security services did not verify the reports to Israeli media. Israel’s Foreign Ministry also was looking into the reports.

Speaking from Iraq, Gillian Rosenberg told Israel Radio some three weeks ago that she was training with the Kurdish YPG with plans to fight the jihadist group also known as ISIS or ISIL in Syria.

“They [the Kurds] are our brothers. They are good people. They love life, a lot like us, really,” Rosenberg said.

Rosenberg immigrated to Israel from Canada in 2006 and served as an instructor in an Israeli army search-and-rescue unit. In 2009, Rosenberg was extradited from Israel to the United States for her involvement in what the FBI called a lottery prize scheme that mostly targeted the elderly, CJN reported. She spent four years in an American prison.

Israeli citizens are barred from visiting enemy states including Syria and Iraq, and the government has been cracking down on Arab-Israelis returning from fighting in those countries.