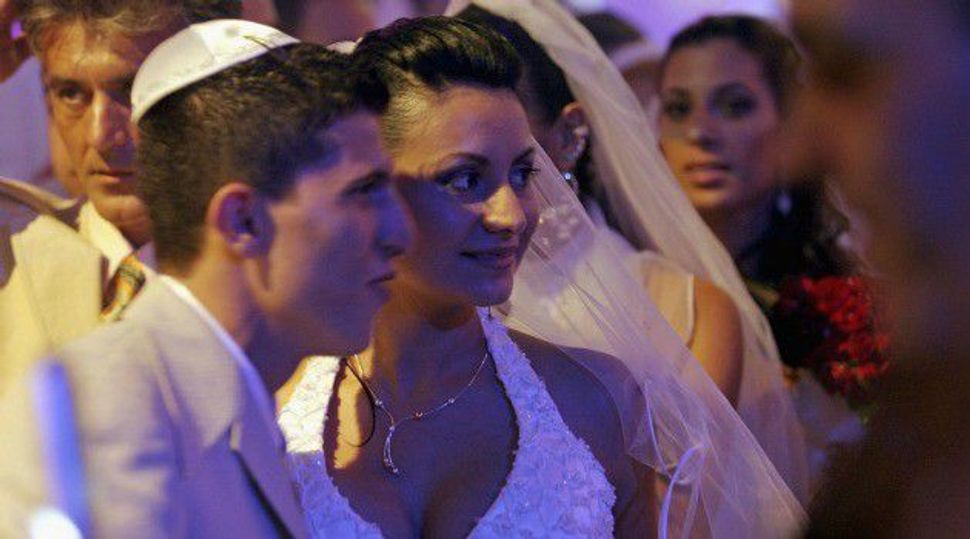 Israel’s Cabinet has let stand an amendment which would subject to two years in jail a rabbi who performs a private wedding ceremony, as well as the couple who got married.

The Cabinet debated the amendment to legislation passed last year which allows couples to go outside their own communities to find a rabbi certified by the chief rabbinate to marry them.

Dozens of couples marry outside of the rabbinate every year.

“The present law is an outrage,” Rabbi Seth Farber, director of the ITIM Advocacy Center, which wrote the proposed amendment, said in a statement. “I am disappointed that the Cabinet couldn’t look beyond petty politics in order to rectify this law which is disproportionately severe and ludicrous. Israel is now among a few select countries where it is a criminal act to perform a chuppah.”

Farber said his organization will now seek litigation to protect rabbis and couples who seek to be married outside the rabbinate.