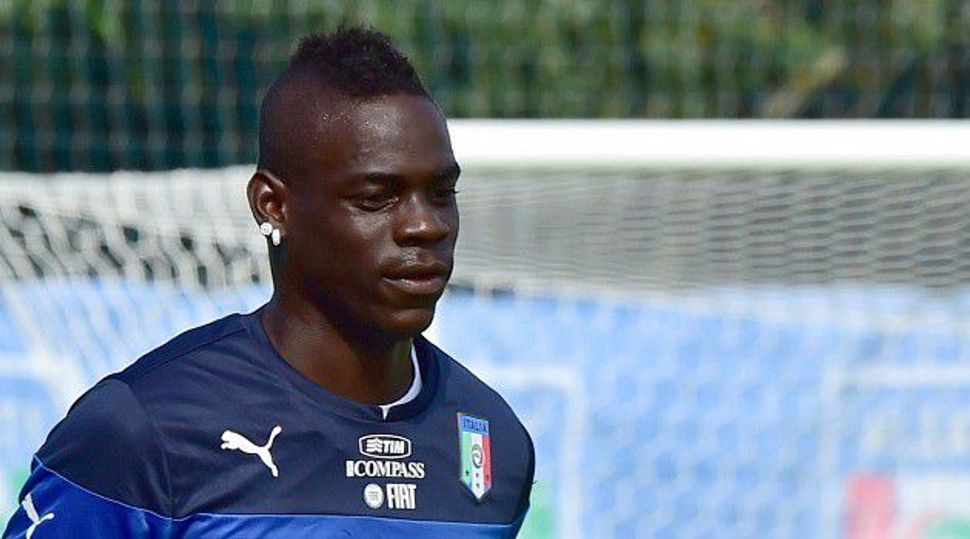 British soccer player Mario Balotelli, who grew up the foster son of a Jewish mother, apologized for a racist and anti-Semitic post on his Instagram page.

Balotelli apologized on Tuesday on Twitter for the post, which features a photo of Nintendo computer game character Super Mario and reads, in part, that the character “jumps like a Black man and grabs coins like a Jew.”

Balotelli, 24, the son of immigrants from Ghana, who plays for the Liverpool soccer team, is nicknamed Super Mario.

The player also was notified that he is being investigated by Britain’s Football Association, under the governing body’s strict anti-racism rules. He has until Friday to offer his explanation of the use of the post.

Balotelli’s apology tweeted Tuesday said, in part: “I apologize if I’ve offended anyone. The post was meant to be anti-racist with humor. I now understand that out of context it may have the opposite effect.

The rest of the Super Mario post reads: “Don’t be racist. Be like Mario. He’s an Italian plumber, created by Japanese people, who speaks English and looks like a Mexican.”

On Monday, following criticism of the post, Balotelli responded with a tweet that said: “My Mom is jewish so all of u shut up please,”

Jewish leaders in Britain criticized the Super Mario post as anti-Semitic and racist.