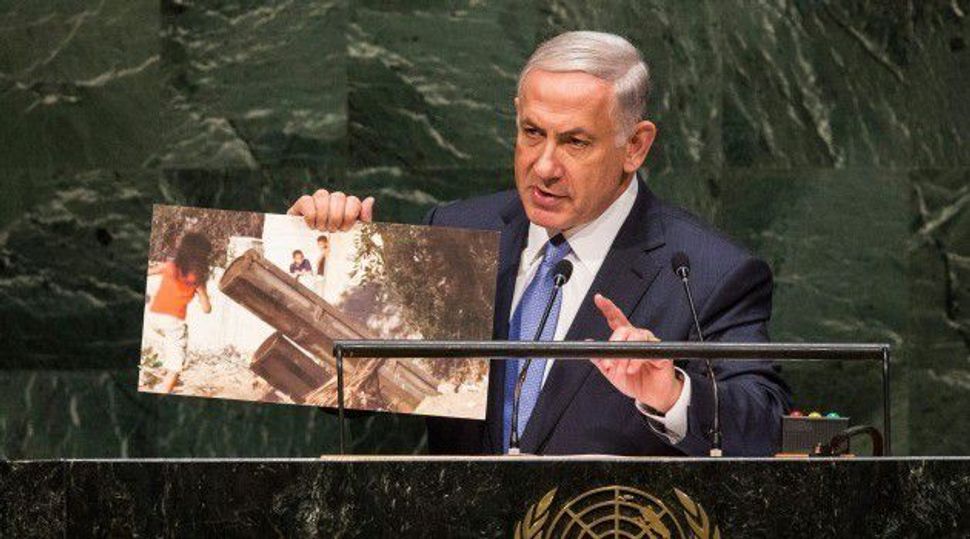 Israel helped head off a bad deal with Iran, Israeli Prime Minister Benjamin Netanyahu claimed in an address to a forum of U.S. and Israeli leaders.

“A Nov. 24 deadline for an agreement has come and gone, and that’s fortunate,” Netanyahu said Sunday in a recorded address to the Saban Forum, which was convened under the auspices of the Brookings Institution, in Washington.

“Our voice and our concerns played a critical role in preventing a bad deal,” Netanyahu said. “We must use the time available to increase the pressure on Iran from developing a nuclear arms capability.”

The major powers and Iran agreed to extend the deadline for a deal in Iran nuclear talks to June 30.

Israel has objected persistently to any deal that would leave Iran with uranium enrichment capacity. The United States and other powers say that a minimal capacity is likely in a final deal.

Speaking after the broadcast of Netanyahu’s recorded video, U.S. Secretary of State John Kerry alluded to Netanyahu’s objections in strongly defending the talks with Iran.

“Many voices had claimed we had made a tragic mistake,” Kerry said, describing events a year ago after the terms of the negotiations were outlined. Now, he said, by reducing Iran’s enrichment output, Israel and the world are safer.

“Iran has lived up to every commitment” of the interim deal, Kerry said, but added that “we have no intention of negotiating forever.”

Netanyahu and Kerry also seemed to differ on the failed talks with the Palestinians, with Netanyahu saying it was Palestinian intransigence and not Israeli construction in eastern Jerusalem that scuttled the talks.

Kerry said that “settlements are undermining prospects for peace and isolating Israel in the international community.”

The secretary of state pledged that the United States would not interfere in the coming Israeli elections, but said that brokering an Israeli-Palestinian peace remained a priority.

Netanyahu said he was committed to preserving Israel’s status as the Jewish nation-state, but pledged that he would “never agree to legislation that undermines Israel’s democratic character.”

A proposed Israeli constitutional law that would define Israel as Jewish have raised concerns both in the Obama administration and among a number of American Jewish groups.