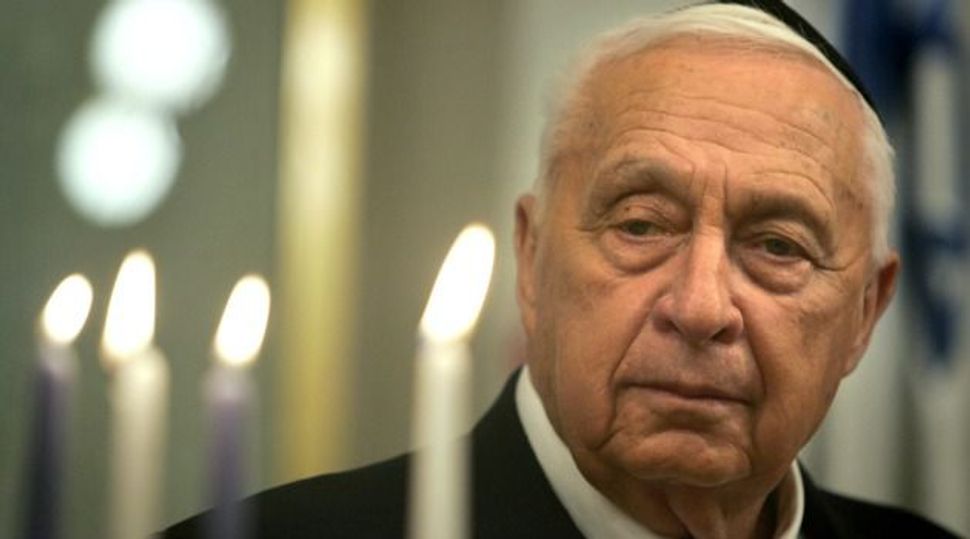 A public university in Madrid dismantled an exhibition that attributed false quotes about killing Palestinian children to Ariel Sharon.

The exposition in the economics department of the Autonomous University of Madrid was dismantled last week after the Federation of Jewish Communities in Spain, or FCJE, complained to the university’s administration that it was “incompatible with academic principles,” an FCJE spokesperson told JTA Wednesday.

The exhibition featured a number of posters, including one with an undated quote attributed to the late Israeli prime minister Ariel Sharon. “I don’t recognize such a thing called international principles,” the poster quoted Sharon as saying. “I swear I will burn every Palestinian child who could be born in this area. The Palestinian woman and child are much more dangerous than the man. Because the existence of a Palestinian child ensures future generations while the man causes more limited damage.”

“This exposition of falsehoods under a pedagogic pretense is incompatible with academic values,” a spokesperson for FCJE told JTA. “The fact that this is being held with taxpayers’ money is particularly disturbing.”

The posters carried the logo of the nongovernmental organization Solidarity for Development and Peace, or Sodepaz, which has in recent years received frequent funding that comes from the Spanish foreign ministry.

Another poster at the exhibition showed a map of Israel emblazoned with the words: “Israel = aggression” and a swastika connecting four red arrows pointing from Israel’s territory outward, ostensibly to suggest expansionism.

The university did not immediately reply to questions about faculty and administration’s involvement in the exposition.