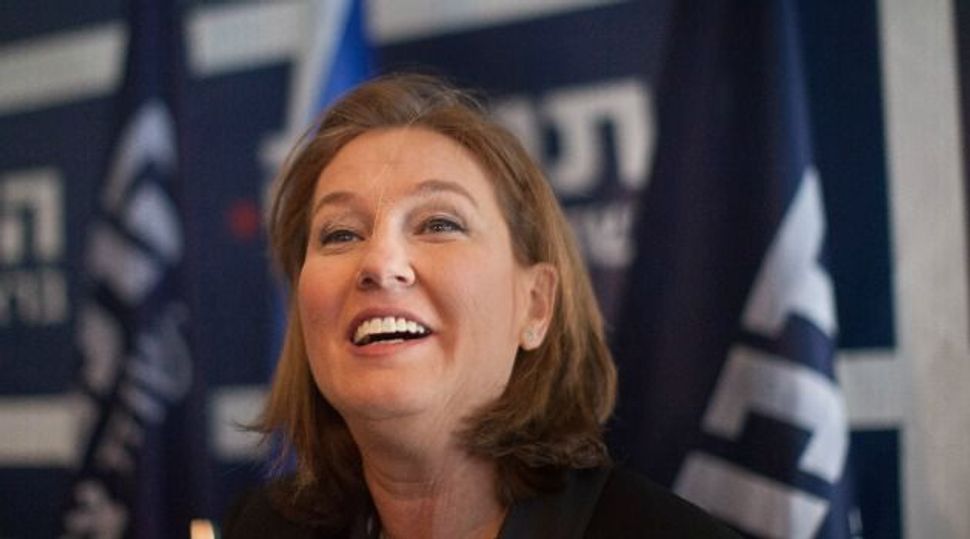 Former Justice Minister Tzipi Livni said she will run on a joint ticket with the Labor Party in Israel’s upcoming elections.

Livni, who heads her own left-of-center Hatnua party, made the announcement of the new center-left slate with Labor chairman Issac Herzog on Wednesday.

“We’re uniting for the good of the country, for the better future of our children and grandchildren,” Herzog said. “We can only win together.”

The Yesh Atid party also had worked for such an agreement with Livni.

New elections are set for March 17.

Herzog, who will top the ticket, and Livni, who will run in the second position with two other places reserved for Hatnua candidates, will rotate the leadership of the combined party. Livni has served as a Knesset member in the Likud, Kadima and Hatnua parties.

“Livni’s alliance with Herzog is Abu Mazen’s dream team,” said lawmaker Danny Danon, chairman of the Likud Central Committee, referring to Palestinian Authority President Mahmoud Abbas by his nom de guerre. Danon said that such an alliance would offer “dangerous concessions in Jerusalem and throughout our homeland.”