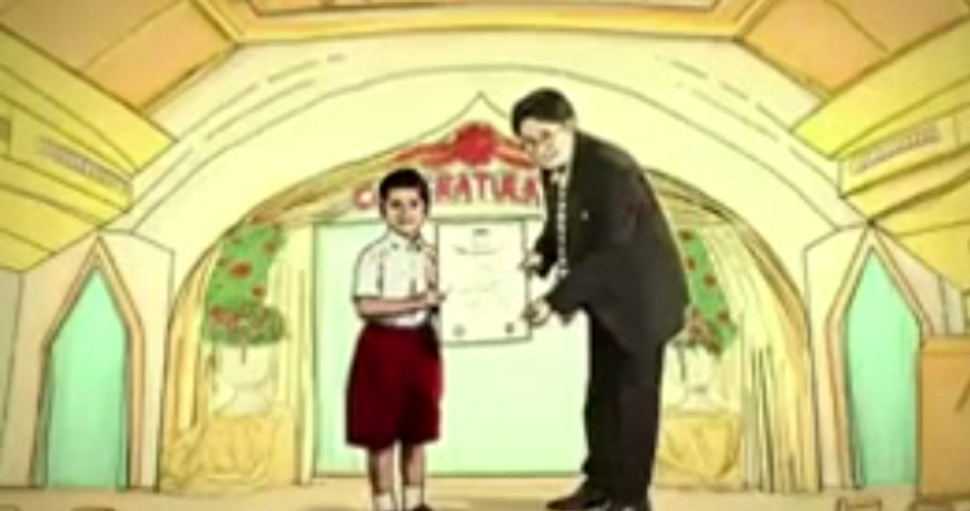 A senior Thai cabinet minister met Israel’s ambassador to Thailand on Thursday after the diplomat said he was “saddened” by a government propaganda film that includes an image of a Thai school child painting a portrait of Adolf Hitler.

The film was commissioned by the Office of Thailand’s Prime Minister Prayuth Chan-ocha as part of a campaign to promote traditional Thai values. Prayuth, who led a military coup in May, espouses 12 values in his vision of Thai national identity that his government requires taught in the classroom.

The opening of the film, which was screened nationwide in cinemas on Dec. 6, includes a sequence in which a smiling boy is applauded by one of his classmates as he paints Hitler’s portrait against a red background and a swastika.

“I’ve told the ambassador that the director did not intend to offend anyone,” Pannada Diskul, minister of the prime minister’s office, told Reuters.

“The director had decided to make changes to the film even before it made news to ease everybody’s concerns. The ambassador understands this well.”

Pannada said the offending scene had since been cut.

The office of Israeli Ambassador Simon Roded declined to comment after the meeting, pointing instead to a statement issued by Roded on Wednesday.

“I was deeply saddened to see this trivialisation and misuse of Nazi symbols in an official Thai movie,” Roded said in the statement.

“Unfortunately, it is not the first time we are encountering such ignorance of the history of the Holocaust in Thailand.”

Holocaust education should be included in the Thai curriculum, he added.

The director of the film, Kulp Kaljareuk, said he did not mean to cause offense

“We never had any ill intentions,” Kulp said on Thursday.

In 2013, Thailand’s Chulalongkorn University issued an apology after Hitler was painted among superheroes in a mural for a graduation ceremony.

The use of Nazi motifs and regalia in Thailand is seen as a reflection of ignorance of the atrocities committed under Hitler’s regime, rather than of political beliefs.

The phenomena is not unique to Thailand, said Efraim Zuroff, Israel director of the Simon Wiesenthal Center that fights anti-Semitism globally.