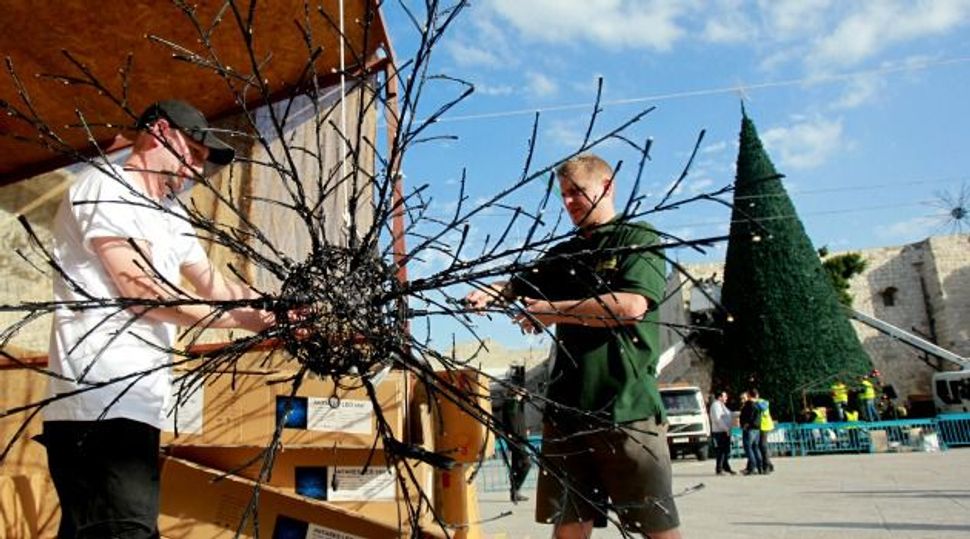 Standing on the monumental hillside south of Bethlehem where King Herod the Great was buried more than 2,000 years ago, Fadi Kattan stretches out his arm to point out the nearby Israeli settlements of Tekoa and Nokdim.

“That’s part of the problem,” says Kattan, a Palestinian tourism expert, explaining the obstacles hindering the growth of the local industry in the occupied West Bank and East Jerusalem.

Because of the roads Israel builds mainly for Jewish settlers, including Foreign Minister Avigdor Lieberman, who lives in Nokdim, Palestinian areas are frequently cut off, making them less accessible to tourists, he says.

Then there is Herodium, a major attraction administered by Israel’s Nature and Parks Authority. The income flows to Israel, not the Palestinians. The same goes for Qumran, where the Dead Sea Scrolls were found, which is also in the West Bank.

Perhaps most challenging, Palestinian tour operators cannot easily tap into the 300 million Arabs living in nearby countries since very few of them can readily visit the West Bank, whose borders are controlled by Israel.

“When you add it all up, the movement and access problems and everything else, we are losing $1.4 billion a year,” says Kattan, estimating that current revenue of $460 million a year would be nearer $1.8 billion if locals had full control.

It is an issue that comes to the fore every year in the run-up to Christmas, when tens of thousands of religious tourists make their way to Bethlehem, other parts of the West Bank and Jerusalem to celebrate the birth, life and death of Jesus.

To highlight the increasing strain Bethlehem and surrounding towns are under, Palestinian officials took a group of foreign journalists on a guided tour of the area this week.

Underscoring how sensitive the topic is, the Israeli tourism ministry is taking journalists on its own tour of Nazareth and other Christian towns in Israel on Sunday, and the Israel Project, a pro-Israel lobby, has organized another media tour two days later covering Christian churches.

When it comes to Bethlehem, a city of 25,000 just eight kilometers (five miles) south of Jerusalem, the critical issue is getting foreign tourists past Israel’s separation wall and checkpoints and convincing them to stay the night.

Many now choose to stay in Jerusalem and make a day trip. Palestinian officials say the growth of Israeli settlements – there are now 22 around Bethlehem – is steadily strangling access, prompting tourists to stay away.

“We can’t have real development in this sector until the occupation ends,” said Rula Ma’aya, the Palestinian minister of tourism, decrying the pressure on overnight stays.

Figures show overnight stays are up 9 percent this year from last year, but officials say the number remains far below what it should be and the overall revenue is down.

While visitors from Russia, Poland and Italy – the top three – tend to stay the night, Americans, who spend more, are more likely to stay in Jerusalem, with the revenue going to Israel.

“In history, Bethlehem and Jerusalem were always twin cities,” said Ma’aya. “Now, Bethlehem is being isolated.”