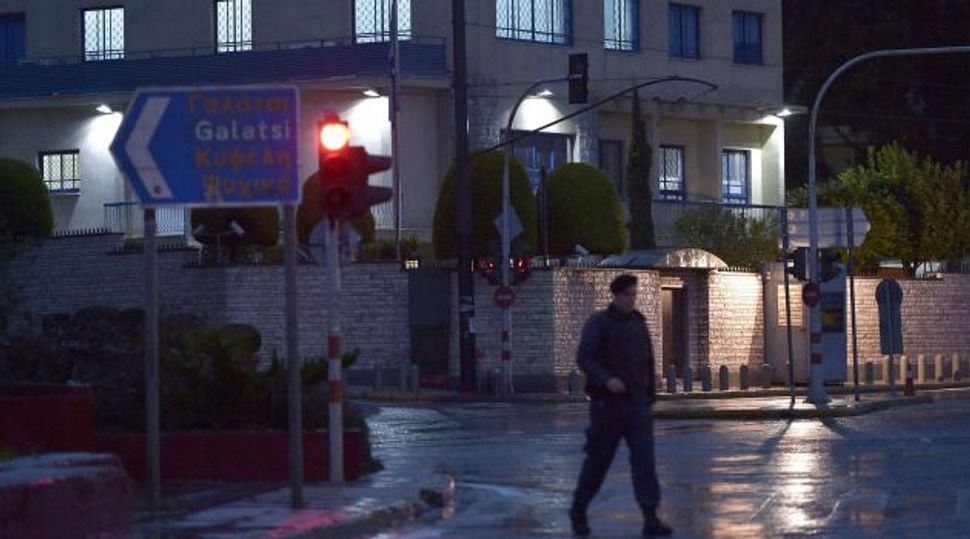 Unidentified assailants opened fire on the Israeli embassy in Athens with a Kalashnikov assault rifle in the early hours of Friday, police said, but no injuries or damage were reported.

Four people on two motorcycles fired shots at the embassy building in a northern suburb of Athens, a police official said. Bullets were lodged in the walls, while 15 spent bullet cases were found about 40 meters from the building.

Police have cordoned off the area around the embassy, which has not been a target in other acts of low-level violence in Greece in recent years as an economic crisis raises social and political tensions.

Shots were also fired at the German ambassador’s residence in Athens last year.

Israel wasted no time in blaming the attack on the Palestinian Authority and its president, Mahmoud Abbas, although it offered no evidence of such a tie.

“The attack on the Israeli embassy in Athens is another link in a chain of violent actions that has resulted from anti-Israeli incitement disseminated around the world by leaders of the Palestinian Authority and pro-Palestinian organizations,” said Foreign Ministry spokesman Emmanuel Nachshon.

The statement was issued under direction from Foreign Minister Avigdor Lieberman, Haaretz reported.

“The international community must condemn this ongoing incitement, which yields such results,” Nachshon said. “Israel thanks Greek authorities for the close collaboration in investigating the incident, and we hope the perpetrators will be apprehended and punished.”